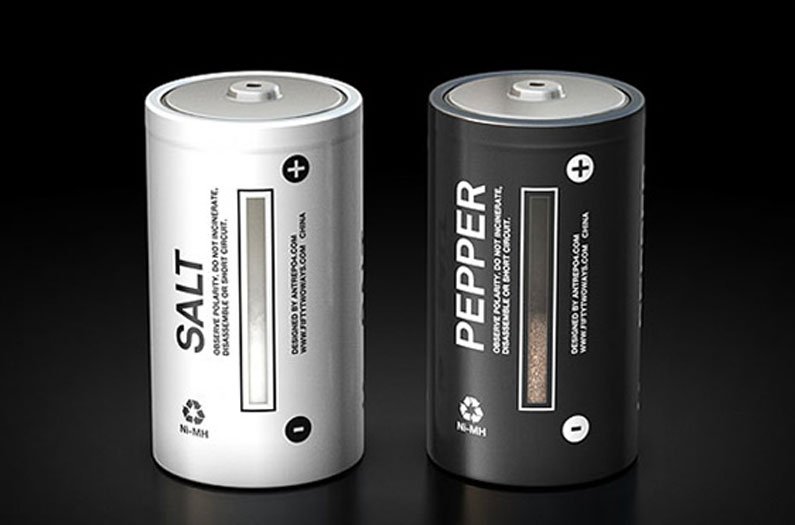 A cheap sodium salt battery could shake up grid storage

A new sodium-ion battery that that stores the same amount of energy as today’s ubiquitous lithium-ion batteries at much lower cost could provide a cheap, green way to store renewable energy.
By Prachi Patel
October 12, 2017

Stanford University researchers have made a sodium-ion battery that can store the same amount of energy as today’s ubiquitous lithium-ion batteries at much lower cost. The battery, reported in the journal Nature Energy, could provide a cheap, green way to store renewable energy.

Storing energy in batteries is going to be crucial as wind and solar power use climbs around the world. Lithium batteries have been the workhorse for energy storage until now. But the technology remains expensive and the supply of lithium is limited.

Batteries based on sodium would be much more cost-effective since battery-grade sodium salts are plentiful and they can store a lot of charge.

The Stanford team’s battery design has an anode made of phosphorus and a cathode made of disodium rhodizonate, one of the most promising materials for sodium-ion batteries. All of these materials are abundant in nature: rhodizonate ionic crystals are made from a natural compound found in plants.

Sodium rhodizonate should theoretically store four sodium ions, translating to a high capacity for storing electric charge (501 milliampere hours per gram). But when the material is used in batteries, this storage capacity drops drastically with repeated battery charging.

So the researchers analyzed changes in the atomic-level structure of the cathode material as it takes up and releases sodium ions. They found that by decreasing the size of sodium rhodizonate particles and using a special electrolyte, they could make these structural changes more reversible, so that the material can keep its high storage capacity.

Their battery has a reversible charge-storing capacity of 265 mAh/g and an energy-density higher than any sodium battery reported so far. Its energy efficiency is over 87 percent. The researchers say that it should cost less then 80 percent than a lithium-ion battery with the same storage capacity.

Next, the researchers plan to tackle the anode. “This is already a good design, but we are confident that it can be improved by further optimizing the phosphorus anode,” Stanford materials science and engineering professor Yi Cui said in a press release.