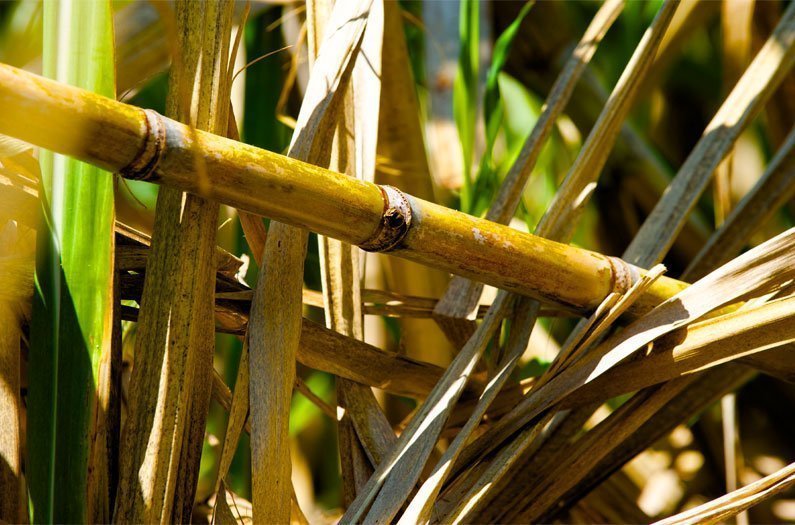 Ethanol made from Brazil’s sugarcane could be a near-term solution to cutting carbon dioxide emissions from transportation, suggests a new study published in Nature Climate Change. That is, if the country majorly steps up sugarcane production, and the woody parts of the plants in addition to its sugar are converted into ethanol.

Expanding Brazilian sugarcane production to make ethanol could replace as much as 13.7 percent of crude oil use by 2045, reducing global carbon dioxide emissions by 5.6 percent, the study shows.

This would require converting 1.12 million square kilometers—more than the area of Texas and California—into sugarcane plantations. But it should all be possible while protecting forests for conservation and setting aside land to produce food and animal feed, according to researchers from the University of Illinois Urbana and University of Sao Paolo who conducted the analysis.

Brazil is already the world’s biggest sugarcane producer. Around half of its sugarcane goes to making bioethanol. Today, two-thirds of cars in Brazil are flex-fuel, running on pure ethanol or gasoline-ethanol blends. The country plans to boost its own bioethanol use to meet its goals for the Paris climate agreement. It also wants to become an ethanol exporter. This study shows that the country has the land and the potential to build on its bioethanol success.

Until now, scientists have commonly used statistical models to predict the sugarcane productivity in Brazil. But in the new study, the international team of researchers used a more comprehensive model that simulates plant growth hour by hour using local soil properties and weather records. It takes into account how changes in water, carbon dioxide and temperature affect sugarcane production.

The team looked at three environmental policy scenarios that would increase the sugarcane footprint in Brazil between 37.5 million and 116 million hectares. All three scenarios exclude environmentally sensitive areas such as the Amazon and the Pantanal. They include what is called second-generation ethanol, which is made from the woody cellulosic parts of the plant, as opposed to the sugar. Raízen Energia, a joint venture between Brazil’s biggest sugar producer Cosan and oil major Royal Dutch Shell, is spear-heading cellulosic ethanol in Brazil.

Brazilian ethanol could provide the equivalent of 3.6–12.7 million barrels of crude oil a day by 2045, the calculations showed. This could reduce between 1.5–5.6 percent of global carbon dioxide emissions in 2014.

Increasing ethanol production will require more efficient use of pastureland, effective production of cellulosic ethanol, and continued positive national policies, the researchers say. “Of the renewable liquid fuels produced at scale, sugarcane ethanol in Brazil is arguably the most sustainable, and among these provides the greatest offset in fossil fuel carbon emissions.”