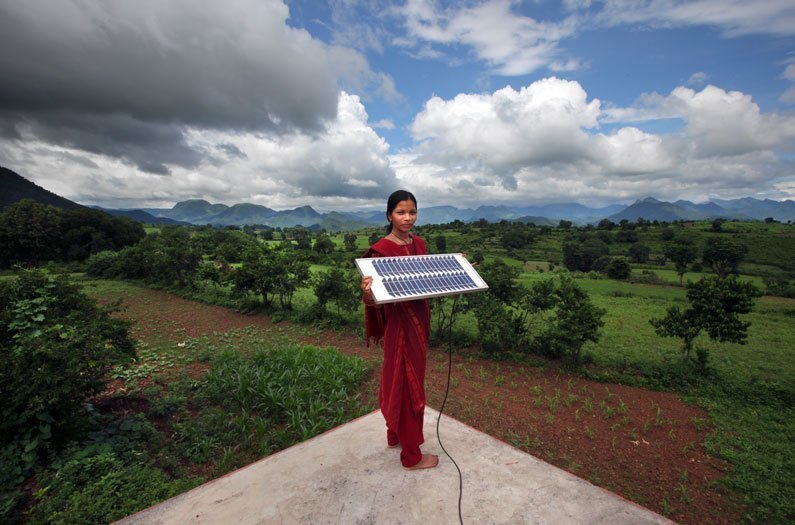 Can we fight poverty and climate change at the same time?

We know that the best predictor of a person’s carbon footprint is their income. So how does the goal of eliminating extreme poverty square with the goal of keeping global warming within 2 °C?

Researchers from the University of Maryland investigate this question in a paper published today in Nature Communications. They used data from national statistical agencies and the World Bank’s Global Consumption Database to gauge the carbon footprints of people in different income groups across 189 countries. Then, they calculated the extra carbon emissions that would occur as people move from lower to higher income groups and improve their standard of living. Finally, they determined the additional warming that would result from those emissions.

“The good news is that lifting people out of extreme poverty has only relatively little carbon implications,” the researchers write. Extreme poverty is defined as living on less than $1.90 per day, and includes one-fifth of people in developing countries, mostly in Southern Asia and Sub-Saharan Africa. If everyone currently living in extreme poverty joined the next global income bracket of $1.90-$2.97 per day, this would increase global temperatures by only about 0.05 °C over currently expected warming at century’s end.

The result reflects the extremely small carbon footprints of the global poor. The researchers calculated that the 840 million people living in extreme poverty worldwide are collectively responsible for less than 4% of current global emissions. People in this income category have an average carbon footprint of just 1.9 tons of carbon dioxide annually.

But a more ambitious anti-poverty goal pinches the global carbon budget more. In a second analysis, the researchers considered what would happen if the half of the world’s population currently living on less than $2.97 per day moves into what the researchers term the “global middle class.” This group, living on $2.97-$8.44 per day, still has a fairly modest standard of living – in developed countries they would be considered below the poverty line. But this scenario would lead to a whopping additional 0.6 °C of warming at the end of the century.

In order to have a good chance of staying under 2 °C of total warming, carbon emissions have to fall by 4.4% per year starting in 2017, according to calculations by the Intergovernmental Panel on Climate Change. That increases to 4.5% per year under the first anti-poverty scenario, and 5.5% per year under the second, the new study found.

Resolving the conflict challenges wealthy nations to do more to decarbonize, the researchers argue. That’s because the top 10 percent of the income distribution worldwide is responsible for 36% of global carbon emissions. People in this group have an average carbon footprint of 26.3 tons of carbon dioxide annually. That means that making lifestyles at the top less carbon-intensive is the most efficient way to fight climate change, and also leaves room to raise standards of living for people at the bottom.