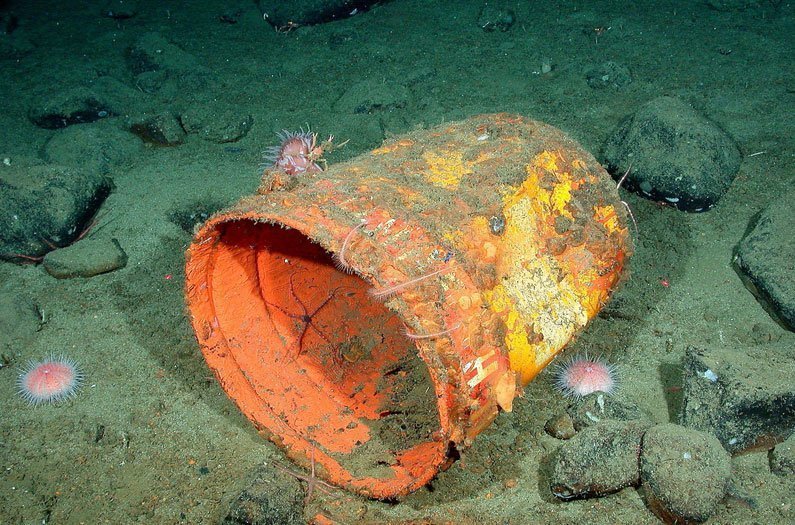 To get corals to eat less plastic, we need to make it taste bad

Researchers have identified the root cause of a worrying trend: corals that consume polluting microplastics don’t do so by chance, but seemingly because they like the taste. The good news is that this discovery could also provide a solution for impacted marine life.
By Emma Bryce
October 27, 2017

Researchers have discovered that of the multitude of marine species that consume microplastics in the ocean, corals do so because they like the way that plastic tastes. This adds another surprising dimension to the puzzle of plastic pollution in the sea. But, it also highlights one possible route to reducing its impact on ocean wildlife.

Their findings suggest that the mountains of plastic we generate on land are causing something akin to a fast-food habit in corals: Microplastics–weathered-down fragments that are less than five millimetres in size, which flow into the sea via rivers and runoff–have no nutritive value to sea animals, make them feel artificially full which leads to starvation, and probably also leach harmful chemicals into their bodies. But writing in the Marine Pollution Bulletin, the Duke University researchers found that despite these harmful traits, the corals in their study consumed 80% of the plastic particles they were exposed to in some cases, even when alternative edibles were available.

It’s assumed that birds, turtles, and fish consume plastics and microplastics because they look a lot like the animals’ natural prey. But corals can’t see. Instead, they find their food through chemoreception, a process they use to detect certain compounds in the foods that float by, which then triggers a feeding response. So the researchers assume corals are identifying unknown ingredients in the plastic that cue them to consume. “When plastic comes from the factory, it has hundreds of chemical additives on it. Any one of these chemicals or a combination of them could be acting as a stimulant that makes plastic appealing to corals,” they explain.

They made this discovery in a series of laboratory experiments where a species of coral called A. poculata was placed inside tanks of seawater and exposed to different types of plastics and other food items. In one experiment, corals that were given sand grains and microplastics showed an overwhelming preference for the plastic particles. In another experiment, corals were fed plastic covered in a microbial biofilm, as well as plastics free of any microbes, to determine if that would alter their preference. But even then, they consumed three times more of the clean microplastics than those covered in edible organic matter.

Clearly, the corals consume plastics not just by chance, but out of preference–most likely because it contains particular compounds that they recognise, mistakenly, as food.

This research isn’t the first to make associations between man-made pollutants and animals that use chemoreception to feed. Previous studies have shown that crude oil also induces a feeding response in Cnidaria, the phylum of animals that corals belong to. And while this is a worrying trend, if we can identify what those compounds are, it could in the long-term lead to the manufacture of plastics that lack these ingredients. That could make them less appealing not only to corals, but many other sea animals that rely on chemical sensing, too.

Up to 950 million tons of plastic are predicted to be in the oceans by 2050: “The propensity for plastic to mimic the taste, smell, appearance and texture of food items will have increasingly dire consequences for environmental and human health,” the researchers write. Future studies that identify the precise compounds in plastic could therefore “significantly help reduce the threat these microplastics pose,” they say.