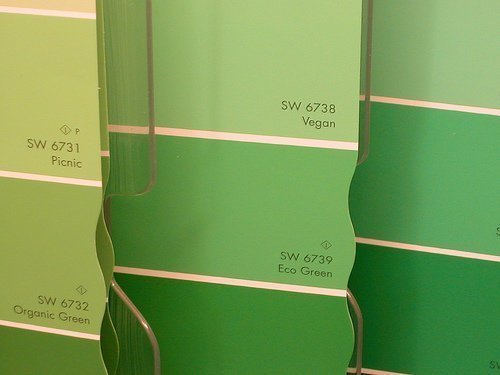 Climate effects of giving up meat depend on how you slice it
When we consider how we’re going to feed people in the future, we need to take into account not just what foods people should eat but how we'll manage to produce them.
By Sarah DeWeerdt
November 28, 2017

If livestock, poultry, fish, and shellfish were no longer farmed in the United States, greenhouse gas emissions associated with the country’s agricultural system would decline by 28%. But people’s diets would likely be poorer, according to an analysis published November 13 in the Proceedings of the National Academy of Sciences.

Animal foods, especially those from ruminants like cows and sheep, are known to have a large greenhouse gas footprint. High consumption of foods like red meat is also associated with cardiovascular disease and other chronic conditions. These links have spurred many researchers to investigate the health and environmental consequences of eating less meat, or adopting vegetarian or vegan diets altogether.

In the new study, Robin White of Virginia Tech University and Mary Beth Hall of the U.S. Department of Agriculture’s Agricultural Research Service take an approach that is at once extreme and simple: What if, in effect, we waved a magic wand and – *poof* – all animals disappeared from the U.S. agricultural system?

Currently, animals are responsible for 49% of the U.S. agricultural system’s greenhouse gas emissions. Yet getting rid of animals wouldn’t save all of those emissions. That’s because we’d have to manufacture billions of pounds of nitrogen, phosphorus, potassium, and sulfur fertilizers to replace the manure now produced by livestock. In addition, livestock eat our leftovers – that is, 43 billion kilograms of byproducts of food, fiber, and biofuel production that we’d have to burn or otherwise dispose of.

Once such factors are taken into account, the researchers calculated, removing animals would decrease emissions from the U.S. agricultural system by 28%. That amounts to about 2.6% of U.S. emissions overall.

The researchers also calculated the amount of 39 essential nutrients that the U.S. could produce in the absence of animals. Their model suggests that an entirely plant-based agricultural system would yield a greater quantity of less-nutritious food than the current setup.

Removing animals from the U.S. agricultural system would increase the amount of food available for humans by 23%. Like the current U.S. diet, the new plant-based diet would provide more protein and more calories than people strictly need.

In fact, the calorie excess would be greater under plant-based agriculture. And people would have to eat a greater volume of food to meet their nutritional needs.

Moreover, without animal-derived foods, the U.S. population would face deficiencies of calcium, Vitamins A and B12, and essential fatty acids like DHA and ARA (as well as of Vitamins D, E, and K which are already inadequate in current diets).

Essentially, the researchers argue that vegan diets don’t scale. Sure, individual vegans can eat a nutritionally sound diet, “but this can be a challenge to achieve in practice for an entire population,” they write. They say that studies need to take into account vitamins and minerals, not just calories and protein, when evaluating potential diets of the future.

However, these conclusions are likely shaped by the study’s algorithm and assumptions. For example, the researchers assumed that in the absence of farmed animals, crops currently fed to livestock would be rerouted to humans. And tillable land now occupied by animals or used for hay production would be planted with crops in the same proportion as in the current agricultural system. The upshot: A whole lot more corn and soy for people to eat.

Those assumptions are defensible, but they’re by no means inevitable. “What farmers grow currently depends not only on climatic and soil characteristics, but importantly also on economic incentives,” says Marco Springmann, a research fellow at the University of Oxford. “Aligning those with the objectives of a healthy and sustainable food system will be key for combating climate change and reducing diet-related chronic diseases.”

Springmann was the lead author of a study published last year that found wide-scale adoption of vegan diets could make a substantial contribution to fighting climate change, and yield better health to boot — a much rosier picture of a vegan world..

The two studies differ in their geographical (global vs. the United States) and temporal (2050 vs. current emissions) frames of reference, the health outcomes they address (burden of chronic diseases vs. adequate nutrition), and how they evaluate diets (food groups vs. nutrients).

“Overall the differences in conclusions between the studies point to the fact that we need to be considering a wider variety of output metrics in our studies evaluating how to feed the growing global population,” says Robin White. In other words, when we consider how we’re going to feed people in the future, we need to take into account not just what foods people should eat but how we’ll manage to produce them. And we need to factor in the greenhouse gas problems livestock help us solve, in addition to the ones they create.

Source: White R.R. and M.B. Hall “Nutritional and greenhouse gas impacts of removing animals from US agriculture.” Proceedings of the National Academy of Sciences. 2017.