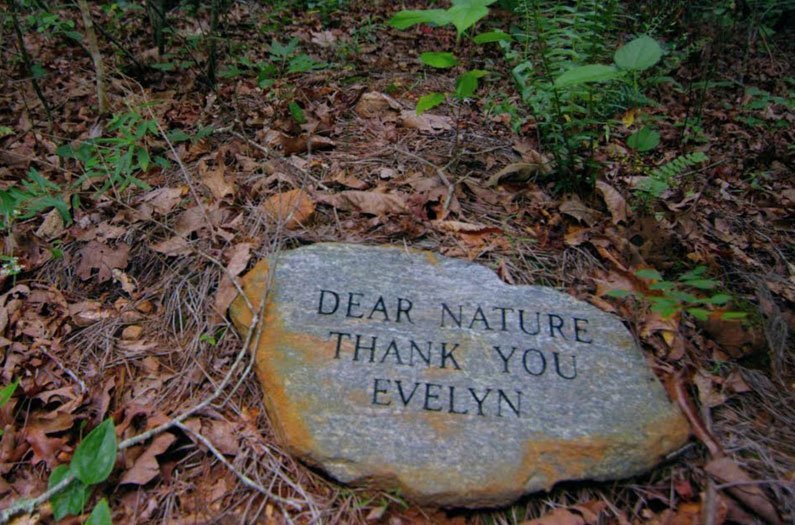 Conservation burials could turn death into a force for life

Of all the differences between modern humans and wild animals, few are more fundamental than this: whereas their deaths are part of life’s circle, with bodies providing sustenance to other organisms, our own represent a literal end, with caskets and embalming fluids removing our bodies from circulation. Yet it doesn’t have to be this way.
By Brandon Keim
November 15, 2017

Of all the differences between modern humans and wild animals, few are more fundamental than this: whereas their deaths are part of life’s circle, with bodies providing sustenance to other organisms, our own represent a literal end, with caskets and embalming fluids removing our bodies from circulation. Yet it doesn’t have to be this way. In death we might yet support more life.

Writing in the journal Conservation Letters, ecologists Matthew Holden and Eve McDonald-Madden call attention to a little-known practice called conservation burial, in which burial fees pay for the protection, restoration and wildlife-friendly management of land. “Most conservation scientists and practitioners are unaware that their corpses can transform into protected areas after death,” they write. Were conservation burials routine, “the revenue generated could exceed the amount of money required to fund the conservation of every threatened species on the planet.”

At present, note Holden and McDonald-Madden, the average funeral in the United States costs $7,180, with hardwood caskets and embalming accounting for $3,090 of that total. Conservation burials use inexpensive, biodegradable caskets and allow bodies to decompose naturally. As the practice dates only to the late 1990s, just a few such cemeteries now exist, but the potential is vast. An estimated 2.7 million Americans die each year. If each received a conservation burial, the savings would add up to $8.3 billion, or roughly twice the the estimated cost of protecting the habitat of every species officially designated as threatened by the International Union for the Conservation of Nature.

That would require a tweaking of present practices, with savings channeled both to a local conservation cemetery and also to other conservation projects in keeping with the deceased’s values. “I’m not aware of any cemetery that does this, but it might even have more benefits than current conservation burial practices,” Holden says. “We want cemeteries, and charities to use their creativity to maximize the biodiversity and societal impacts of their projects.”

The thought may make some people uncomfortable, at least at first: after all, death and its rituals are deeply personal and often sacred. On reflection, though, Holden thinks people will see the appeal. “We want to create a lasting legacy for our loved ones. This is why we spend so much money on tombstones, monuments and caskets,” he says. “Our dead bodies can save living creatures. It’s a step beyond simply returning to the earth, as in natural burial. We are actually saving it, making it better.”