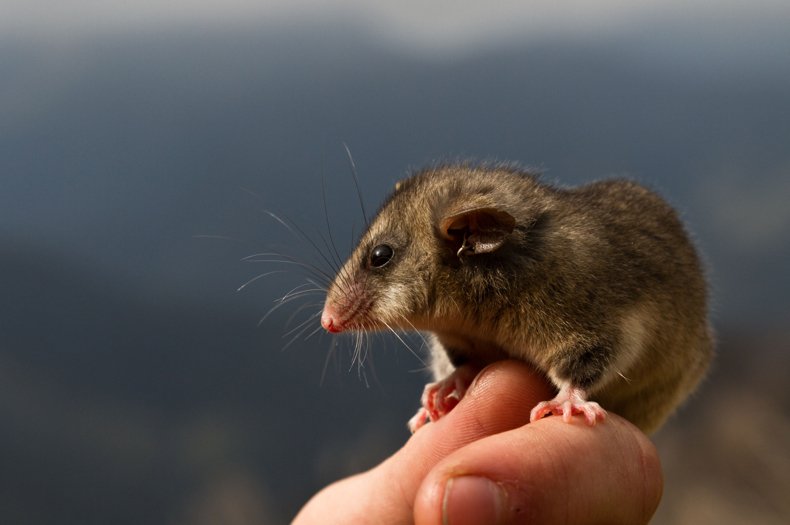 Genetic rescue to the rescue

Australia’s mountain pygmy possums are among Earth’s rarest creatures. It seemed they would soon be extinguished, a biological candle having reached the end of its wick. Now that wick has been extended, perhaps indefinitely, thanks in part to an act of so-called “genetic rescue.”
By Brandon Keim
November 22, 2017

Australia’s mountain pygmy possums are among Earth’s rarest creatures. Fewer than two thousand of the mouse-sized marsupials remain, scattered in three high alpine ranges; as of 2008, one of these populations had dipped to fewer than 20 individuals. It seemed they would soon be extinguished, a biological candle having reached the end of its wick. Now that wick has been extended, perhaps indefinitely, thanks in part to six males whom conservationists captured from another, larger population and introduced in an act of so-called “genetic rescue” that suggests the potential for similar interventions elsewhere.

“The mountain pygmy possum is not only about saving the Mount Buller pygmy possum,” says biologist Andrew Weeks of the University of Melbourne, referring to the geographic locale of that rescued population. It’s “more generally about opening the door for us to save other threatened species with a similar approach.”

Writing in the journal Nature Communications, Weeks and colleagues describe the results of their work, which has swelled the Mount Buller population to some 200 adults — the largest ever recorded there, and also the most genetically diverse. Prior to the rescue, it was estimated that Mount Buller’s pygmy possums had been isolated for at least 20,000 years, leaving behind a much-reduced gene pool through which DNA from those six transplanted males has now spread.

Some researchers had worried that hybrids would be impaired, with genomes diverged for millennia now ill-suited to mix. That doesn’t seem to be the case. The hybrid descendants tend to be physically larger, have more young and and live longer. “This highlights the immediate value of genetic rescue for population fitness,” writes Weeks’s team, and while the possums’ success isn’t due entirely to genetics — conservationists have also been protecting their habitat and killing their predators with renewed vigor — but it certainly seems crucial.

When the Mount Buller population hits 500, says Weeks, it should be secure for at least the immediate future. Long-term security will require not only a genetic boost but also the restoration and reconnection of now-fragmented habitat patches in the area. That’s an important part of the Mount Buller lesson: without protected habitat, the animals would be on long-term life support, dependent on regular genetic transfusions.

The lesson may prove valuable. After all, mountain pygmy possums are not unique in their predicament. “Many threatened species now include small and fragmented populations that may have been isolated for long periods of time,” write Weeks and colleagues. They might yet be rescued.