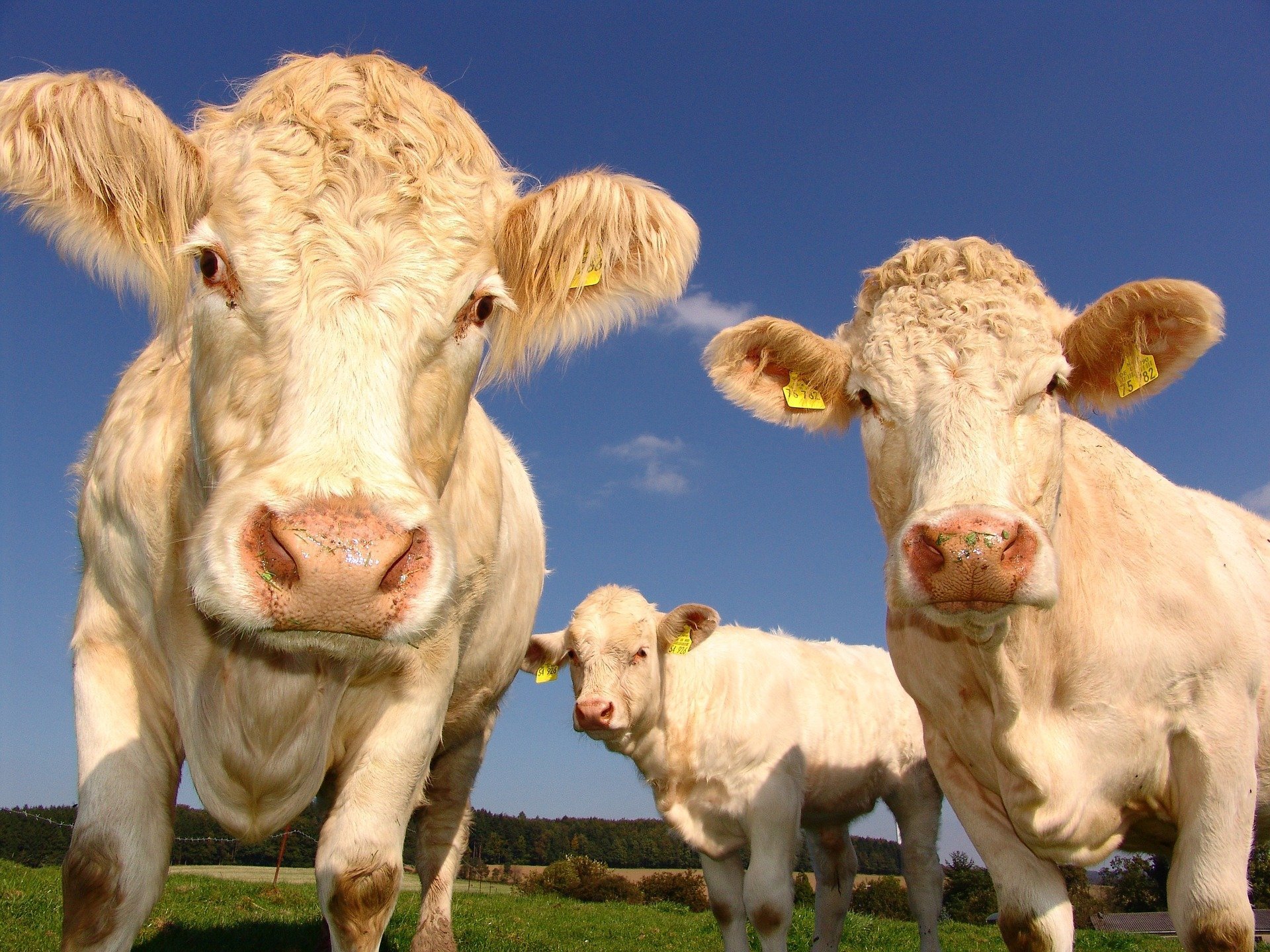 To understand the true impact of livestock farming, we need to get more personal with cows

By focusing on individual cows, farmers could get a finer-grained estimate on the carbon footprint of their farms. And, it could even help them identify the 'greenest' cows in the herd.
By Emma Bryce
November 3, 2017

We need to rethink the way we quantify livestock emissions: So says a group of researchers who have pioneered a new method that takes individual cows into account. Their method reveals that the environmental impact of pasture-fed cattle is actually higher than previous models suggest. It could also help farmers identify ‘greener’ cows—animals that produce less in the way of emissions as they grow.

Writing in the Journal of Cleaner Production, the researchers describe their new formula, which evaluates the carbon footprint of individual animals on the farm. Usually, carbon footprinting of cattle relies on a life-cycle analysis that aggregates livestock emissions with all other farm-related emissions. But the problem with that approach is that it overlooks the huge variability between animals–some of which contribute much more in the way of emissions than others, due to factors like diet, genetics, and age. Failing to acknowledge this diversity can lead to skewed estimates, they argue.

They based their study on three experimental pastures in Devon, England, each with a population of 30 cows, a different fertilizer and pesticide regime, and a different combination of plants for the cows to graze on. Every few weeks each cow in the study was weighed, and at the same time the researchers gathered plant samples from the pasture to determine the nutritional contents of their food. In tandem, weight and nutrient information were used to estimate the methane emissions of each animal, based on existing livestock guidelines. As part of this process the researchers also factored into the cows’ footprint any emissions associated with fertilizer and pesticide application on each pasture.

Based on this, they found that cows which grazed on the pasture where less fertilizer was applied had the lowest average emissions intensity. That points to the huge impact of fertilizers on shaping the footprint of livestock farming. But regardless of how pasture was managed, there were also notable differences between individual cows across the study sites–with some animals having double the emissions impact of their pasture companions.

By factoring in these variable emissions, the researchers showed that pasture-fed cattle actually emit up to 10% more than previous estimates suggest, which makes the case for more discerning emissions models that take individual animals into account. There’s an added benefit to this discovery: Being able to identify less impactful cows and breed them on farms could also reduce livestock’s negative climate impact, overall. “Mitigation of greenhouse gas emissions originating from ruminants could be easier than traditionally thought–if we are able to select the right animals through the right screening methods,” says study author Taro Takahashi.

Meat consumption is projected to increase in line with a growing world population–and the spectre of emissions with it. The researchers therefore call for “evidence-based animal selection” in farming, as part of the growing toolbox to reduce livestock’s impact on the planet.