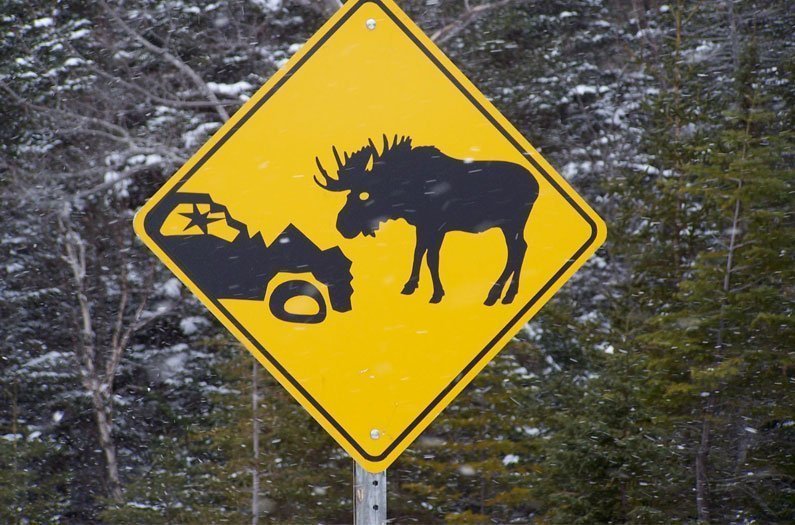 Automated vehicles are expected to be widely available within the next decade. By 2040, most cars on the road will likely be controlled by software — a development that’s expected to save a great many human lives by replacing blind-spotted, easily-distracted drivers with high-tech competence. There's a potential to save animal lives, too.
By Brandon Keim
December 13, 2017

Automated vehicles are expected to be widely available within the next decade. By 2040, most cars on the road will likely be controlled by software — a development that’s expected to save a great many human lives by replacing blind-spotted, easily-distracted drivers with high-tech competence. There’s a potential to save animal lives, too.

“Every year, hundreds of millions of animals die in collisions with cars,” write biologists Amanda Niehaus and Robbie Wilson of the University of Queensland in the journal Conservation Letters. “The emergence of automated vehicles will provide new opportunities for the use of computerized animal warning systems.”

Various measures are already used to make streets safer for wildlife, including roadside fences and specialized crossings. Yet these are frequently expensive and only somewhat effective. “We believe that the best potential for reducing animal-vehicle collisions is yet to come,” write Niehaus and Wilson.

Several automated car manufacturers are presently developing systems that use radar or infrared cameras to detect large animals near roads. These technologies only scratch the surface of what’s possible. They might be fine-tuned to better perceive small animals; internet-linked navigation systems could follow variable speed limits that drop when animals are most active or when cars approach collision hotspots.

For this potential to be realized, though, Niehaus and Wilson say conservation biologists need to get involved: collecting data on roadkill distribution, studying relationships between speed and collisions, and generally engaging in vehicle design now rather than later. Some of these innovations don’t need to wait: citizen science tools already exist for mapping roadkill, and the data could be incorporated into GPS navigation systems.

Absent guidance from conservationists, warn Niehaus and Wilson, automated vehicle manufacturers will likely be concerned only with collisions that risk human harm. Creatures too small to cause more than a bump won’t be important. Moreover, it’s even possible that animal-vehicle collisions could become more frequent if automated cars are permitted higher-than-usual speed limits “because the industry is not considering their effect on wildlife.”

“Though many innovators are keen to establish a ‘green’ reputation, it is up to conservation biologists to ensure that the appropriate data are available and used,” Niehaus and Wilson write. And it’s not just scientists who have a role to play: citizens and consumers can pressure automated vehicle companies to consider animal as well as human safety. After all, it’s not just people who use our roads.