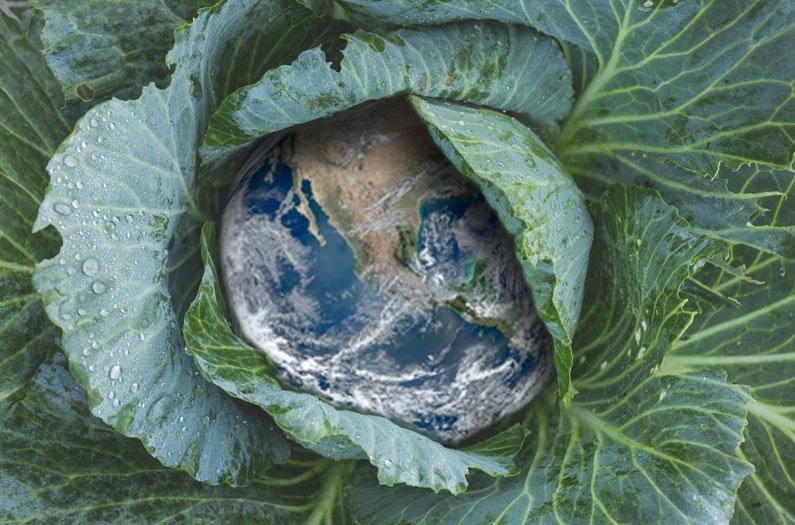 Dietary recommendations for a warming planet

Aside from improving health, national dietary guidelines could serve a second purpose: they could be used as a tool to protect the environment, too.
By Emma Bryce
December 8, 2017

Eating a balanced diet isn’t only a boon to our health; it’s also a surefire way to save the environment, according to recent research. By examining the national diet guidelines of several countries, a PNAS study has shown that if recommended dietary measures were widely adopted–in high-income nations especially–they could significantly reduce global environmental impacts.

In fact, by failing to recognise this co-benefit, we might be missing a crucial opportunity to pair health concerns with environmental protections, the researchers say.

Nationally recommended diets (NRDs) are used around the world to set consumption targets for citizens, based on regional nutritional concerns. Conveniently, they also provide a way to predict changing dietary trends: that’s becoming increasingly important from an environmental standpoint, especially as some countries are beginning to drive up their consumption of meat and dairy products. And yet, as the Leiden University researchers point out, only four of the countries they sampled in their study made any mention of environmental sustainability in their NRDs.

To try and plug this data gap, the researchers gathered information from the dietary recommendations of 37 countries, covering 64% of the global population. They also compared that with data from the Food and Agriculture Organisation, which showed the actual, average diets of people living in each nation.

For each dataset, they wanted to look at the impact of the respective diets on three core factors: greenhouse gas emissions, land-use, and eutrophication of soil and water bodies–also known as nutrient overloading, which is usually triggered by the overapplication of fertilizers on farms. To do that, they used Exiobase, a huge data repository that reveals the detailed environmental costs of growing or rearing, processing, and transporting crops and livestock.

With all the data pooled, the survey revealed that unsurprisingly, higher-income countries are associated with more environmental impacts. That’s because citizens in those countries tend, on average, to consume more meat and dairy products, which have a higher emissions and use more land than plant-based foods. But, the researchers discovered that if high-income countries–like the UK, the US, and Germany–adopted the dietary recommendations that are proposed by their governments, they could also make the biggest environmental savings for the planet, at large.

Under this scenario, greenhouse gas emissions would decline globally by between 13 and 24.8%, land-use would go down by 17.6%, and eutrophication would decline by up to 21.3%. Most of this is attributable to the heavier plant-based focus of dietary guidelines in high-income countries: here, greater consumption of fruits, vegetables, and nuts is encouraged, to offset the health impacts of traditionally higher meat consumption in those regions.

Conversely, in some lower-income nations like India, dietary guidelines promote increased meat and dairy consumption as a way to improve prevailing undernutrition problems. But these suggested dietary shifts would of course increase greenhouse gas emissions and land-use.

However, the researchers suggest there’s an opportunity there, if those countries start to weave environmental concerns into the guidelines–perhaps by substituting recommended meat intake with high-protein plants-based foods, like legumes and nuts.

By highlighting the latent potential of dietary recommendations, the researchers show how they could be used as a tool to improve sustainability. On a global scale, dietary guidelines won’t be able to achieve as much as, say, reducing worldwide food waste, they caution. But they can shape food policy and encourage eco-friendly consumer choices, edging countries towards a more sustainable future.

Says study author Paul Behrens, “Dietary recommendations can be a great way to talk about human health and the health of the environment. The main point is you can win both ways.”