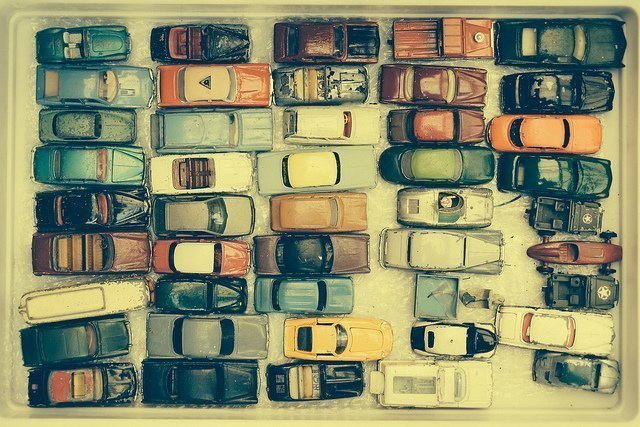 Urban density alone won’t get Americans out of their cars

Increased housing density in combination with expanded public transit, regional links, and good neighborhood design will be necessary to get residents of American cities to reduce the number of miles they travel by car.
By Sarah DeWeerdt
December 26, 2017

Urban development that encourages increased density and compact growth is likely to have a negligible effect, by itself, on carbon emissions from cars in U.S. cities, according to an analysis in the Journal of Planning Education and Research.

Instead, increased housing density in combination with expanded public transit, regional links that enable people living in one part of the city to get to jobs in another, and good neighborhood design will be necessary to get residents of American cities to reduce the number of miles they travel by car.

The focus on city-level policies is especially necessary in the Trump era, the researchers write: “With the federal government now on the climate change sidelines, local government initiatives have suddenly and unexpectedly become more important to any remaining U.S. effort to reduce greenhouse gas emissions.”

They looked at residential energy use and private vehicle emissions because these two factors account for a significant fraction of U.S. greenhouse gases.

In the first part of the study, the researchers modeled five different scenarios related to housing development and energy efficiency regulations for new and older homes. Overall, implementing energy conservation requirements for new homes would decrease residential emissions in 2030 by 6% on average compared to doing nothing. Mandating energy retrofits for existing homes as well would decrease average residential carbon emissions by an additional 19%.

In a second analysis, the researchers modeled five additional scenarios designed to test the effect of increasing housing density and other policies to encourage walking, biking, and public transit.

“Higher housing densities alone will not encourage most people to walk or take public transit in place of driving,” the researchers write. Expanding infill development – that is, projects that increase housing density in already built-up core areas of cities – by 50% compared to current levels would result in a decrease in 2030 auto-related emissions of just 2% on average.

Recommended Reading:
How much is a mangrove forest worth? In some places, $850,000 per hectare.

Some cities, such as Los Angeles, already have lots of infill development going on, while others, like Phoenix, are so sprawling that increasing housing density a little bit wouldn’t really affect people’s driving habits. And cities with good transit and high densities, like Boston, are growing slowly.

To translate increased density into reduced car dependence, you have to do more, the researchers found.

They calculated that a combination of policies – increased housing density along with major improvements in public transit and promoting mixed use (that is, bringing commercial and retail spaces to urban and suburban neighborhoods) – could reduce automobile emissions by a maximum of 26% by 2030, in fast-growing Houston.

On the other hand, just increasing average fuel economy of automobiles from 25 to 40 miles per gallon would result in a 53% cut to emissions in Houston.

“When all is said and done, the potential for increased residential densities to reduce regional carbon dioxide emissions is dwarfed by potential improvements in vehicle fuel economy,” the researchers write. However, the Trump administration is looking to roll back Obama-era fuel economy regulations, making urban planning more important as a tool to hold auto emissions in check.

Density and reducing auto dependence have often been a Catch-22: Neighborhood residents are more welcoming of high-density infill development if good public transit service exists, but cities usually prioritize transit in areas that are already high density. Yet resolving this paradox may be the only option for reining in automobile-related carbon emissions in the U.S., as long as federal action on climate remains unlikely.