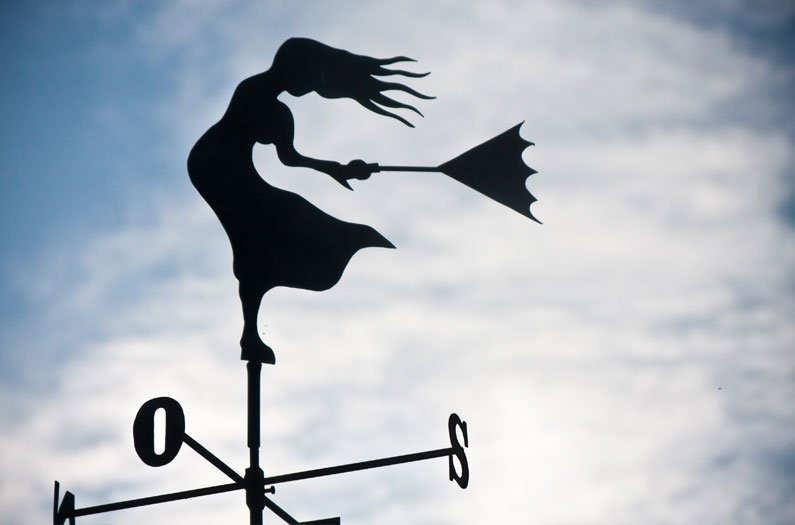 As The Climate Warms, Wind Power Could Shift Southward

A new study projects that as the planet warms, the amount of wind available to generate electricity is going to change dramatically depending on where you look on the map.
By Prachi Patel
December 14, 2017

Wind power, a critical tool in the fight against global warming, is booming around the world. But things could change with a changing climate. A new study projects that as the planet warms, the amount of wind available to generate electricity is going to change dramatically depending on where you look on the map. The results could have implications for how wind farms are designed and built.

The paper, published in Nature Geoscience, shows that wind resources will decrease in the northern hemisphere, affecting the U.S., UK and Ireland, northern Middle East, and parts of Asia. And if carbon dioxide emissions are high and the planet warms substantially, there will be more wind available to harness in the tropics and Southern hemisphere.

Many countries are relying on wind power as a critical part of their plans to reduce carbon dioxide emissions under the Paris agreement. But estimates of the wind energy potential around the world are usually based on today’s climate, researchers from the University of Colorado, Boulder say in the paper.

“Wind farms are being sited, designed and built under the assumption that the amount of power that can be drawn from the wind today will remain approximately constant into the future,” they write.

Some studies have looked at how wind energy potential will change in the future under warming climate at regional levels. But no one has analyzed this on a global scale.

The Colorado researchers combined results from ten state-of-the-art computer models that simulate the global wind speeds. They ran the simulations under two emissions scenarios, a low one in which greenhouse gas emissions peak in 2040 and then decline, and a high scenario where emissions continue to increase this century. Finally, using standard industry wind turbine data, they calculate the power that would be generated at the future wind speeds,

The paper shows substantial changes in wind resource in many other key regions across the world. “Consideration of future build-out of wind energy resources should also consider climate change impacts on offshore wind energy, as well as the impacts of wind farms on local and regional climate