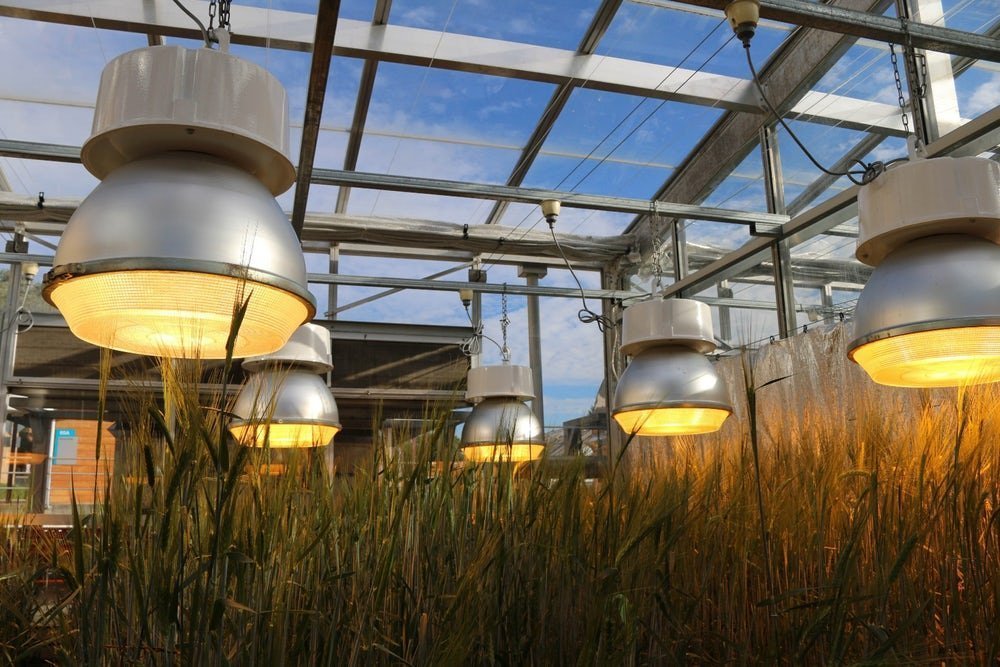 An experimental NASA technology that saturates plants with light could trick them into growing faster--and vitally, producing more food.
By Emma Bryce
January 12, 2018

Researchers have found a way to dramatically accelerate crop growth, which will help us rapidly breed superior plant varieties with which to feed the world.

In a recent Nature Plants paper, the Australian and United Kingdom research team explain how their technique, called ‘speed-breeding’, artificially exposes plants to long periods of daylight, boosting photosynthesis to coax them into growing faster and producing more food. So far, the technique has succeeded in tripling the production of staple crops like wheat, barley, and chickpeas.

To get close to providing enough food for the world’s expanding population, we’re going to have to start breeding much better crops. In practice, that means breeding multiple generations of a plant, to create a specimen that contains the best combination of genetic factors that give the highest yields, as well as inbuilt resistance to drought and disease. But using our current growing techniques, we can only breed about one to two generations of plants a year–a process too cumbersome and slow to generate change on the time scale we need.

That’s where speed-breeding comes in. Already trialled by NASA to grow plants in space for astronauts, the study’s researchers wanted to see if they could apply its principles to staple crops on earth.

In a series of experiments based both in Australia and the UK, they chose to focus on wheat, barley, chickpea, pea, and canola plants, which they grew inside contained glasshouses. Within those structures, they exposed the plants to an intensive light regime, using a mixture of LEDs and sodium vapour lamps, depending on location, which shone on the crops for up to 22 hours a day. The growth of these specially treated plants was then compared to that of crops grown in glasshouses under normal light conditions, where there were only 12 hours of light per day.

Despite the prevailing assumption that light overexposure produces stressed, weak plants, the researchers found the opposite. Overall, the illuminated crops were healthy, with some flowering twice as fast, and producing more seeds than the normal plants. Most impressively, the researchers found that within a year, this accelerated breeding program produced six generations of wheat, barley, chickpeas, and peas, and four of canola. That’s compared to the standard one or two generations that typical field-growing techniques accomplish.

Through their experiment, the researchers also noted that using LEDs was the most cost-effective and efficient route to growing multiple plant generations. And, they think that aside from the staple crops they tested, their technique could also boost production in other food plants that are known to respond well to extended daylight hours, such as sunflowers, peppers, and radishes.

Speed-breeding won’t necessarily be a cure-all, the researchers say. But, it could accompany other emerging technologies, like gene-editing, to accelerate research, and produce the super-plants of the future. Says Wulff, “I would like to think that in 10 years from now you could walk into a field and point to plants whose attributes and traits were developed using this technology.”