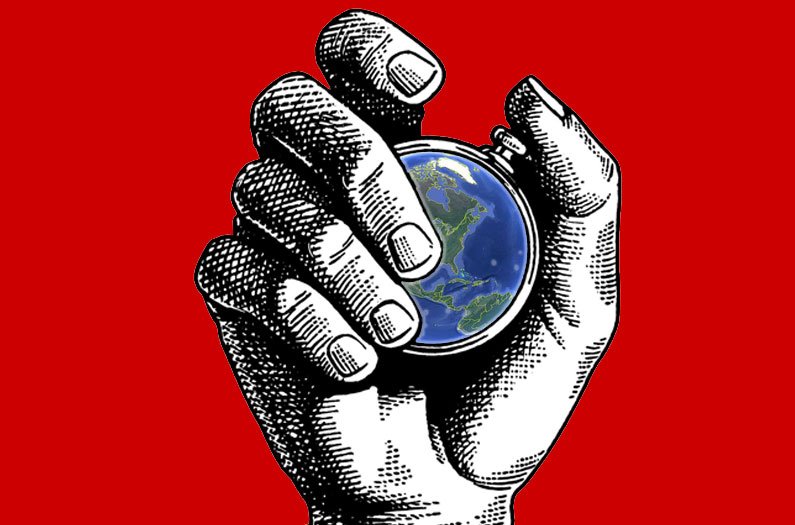 According to new research published in Nature Ecology & Evolution, once we start the process of geoengineering, it would be dangerous to stop. Abruptly stopping geoengineering would cause a sudden spike in global temperatures, causing havoc on ecosystems and inflicting more harm on biodiversity than climate change itself.

There are two geoengineering schemes touted as ways to cool the planet. One is to remove carbon dioxide directly from air and store it or turn it into something useful: A Swiss company has already deployed this technology to make fertilizer. The other scheme, called solar geoengineering, is more contentious. It involves reflecting sunlight back to space by injecting aerosols, mixtures of fine particles or liquids, into the stratosphere. Some teams are now planning to test carbon trapping and solar geoengineering on a small scale.

A team led by Christopher Trisos of the University of Maryland used a computer model to simulate the effects of putting 5 million tons a year of sulfur dioxide into the stratosphere every year for 50 years between 2020 and 2070. At the end of the 50 years, the climate engineering stops abruptly. They compared this scenario with one that had no geoengineering.

The model showed that abruptly ending geoengineering would increase land surface temperatures by 0.8°C within a decade. That’s because emissions would continue to rise post-2020, and geoengineering would mask some of its effects. But soon as the engineering ended, aerosols would effectively fall out of the atmosphere within a couple years, and the built up greenhouse gases would rapidly escalate warming.

The most extreme temperature swings would happen in terrestrial and marine biodiversity hotspots such as tropical oceans, the Amazon basin, Africa, Eurasia, and polar regions. In many of these hotspots, temperatures would rise two to four times faster than historical averages or those caused by climate change. Many species of plants and animals would be unable to keep up and migrate to new areas, driving them extinct. Amphibians, corals, and mangroves are among the groups that would face the highest extinction risk.

Discover more:  An ingenious off-grid water purifier inspired by pufferfish runs on nothing but sunlight

Of course, geoengineering doesn’t have to start or stop abruptly. Neither does it need to be carried out over a long time. Many scientists think of it as a temporary measure to reduce carbon emissions until we can move to a clean energy system. Nonetheless, its potential benefits and costs need to be studied carefully, Trisos and his colleagues say. For now, they add, “aggressive emissions cuts remain the most robust way to reduce biodiversity impacts from climate change.”