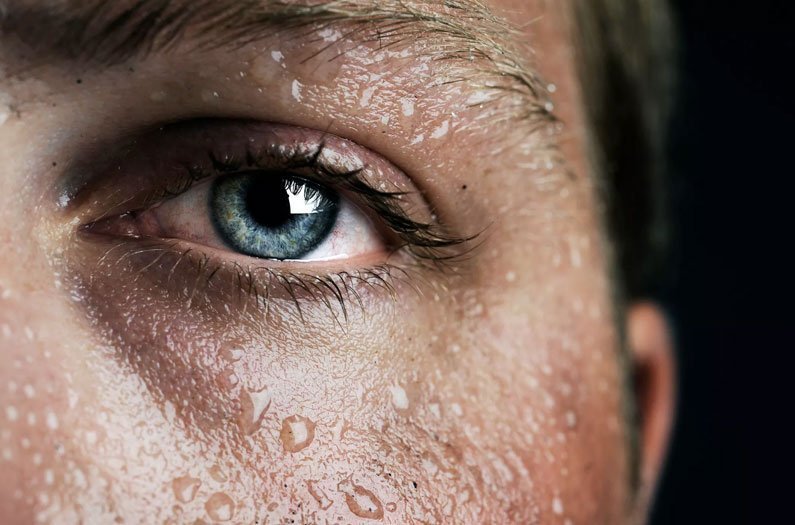 It’s not the heat, it’s the humidity — really

Researchers found that as the world gets warmer, the heat index increases more than the air temperature. In other words, how hot it feels increases faster than the mercury in the thermometer rises.
By Sarah DeWeerdt
January 9, 2018

Extreme heat can be not just uncomfortable but deadly. Heat waves are expected to become more frequent, more severe, and longer with climate change. And projections of future heat stress that rely on temperature alone underestimate the problem, according to two recent studies.

The reason is that humidity – the amount of moisture in the air – plays a big role in how hot a given temperature feels. Humid air that is saturated with water vapor interferes with the body’s ability to cool itself by sweating. Relatively little research has looked at how humidity will affect extreme heat events with climate change, but the two new studies suggest that humidity could make the effects of future heat waves much worse.

“The conditions we’re talking about basically never occur now – people in most places have never experienced them,” said Ethan Coffel, a graduate student at Columbia University’s Lamont-Doherty Earth Observatory and lead author of one of the studies, in a press release. “But they’re projected to occur close to the end of the century.”

One way to measure the combined effect of temperature and humidity is known as the heat index. In a study that appeared January 1 in Nature Climate Change, researchers used temperature, wind, and humidity data from climate models to calculate future heat index values [1].

They found that as the world gets warmer, the heat index increases more than the air temperature. In other words, how hot it feels increases faster than the mercury in the thermometer rises. This means that looking at temperature alone underestimates how much people will suffer from extreme heat as climate change proceeds.

The analysis shows that the increasing heat index will especially magnify the effects of heat waves in the tropics, particularly southeast Asia.

A second study, published December 22 in Environmental Research Letters, used a different measure known as the wet bulb temperature to assess the combined effects of temperature and humidity [2].

These researchers’ overall approach was similar to that of the first group: they used data on air temperature, humidity, and surface pressure from global climate models to project future wet bulb temperatures across the globe. And their conclusions are even starker.

By the 2080s, wet bulb temperatures of 32 °C could occur 1 or 2 days a year in the southeastern United States, and 3 to 5 days a year in parts of South America, Africa, India, and China. Overall, by the 2070s, the world could see an annual 750 million person-days of exposure to these conditions in a high carbon emissions scenario, or 250 million person-days of exposure if carbon emissions are moderate.

At a wet bulb temperature of 32 °C, sustained physical labor becomes impossible. Wet bulb temperatures that exceed the body’s skin temperature, about 35 °C, are likely to be dangerous even when a person is at rest. At least, that’s what scientists believe – we don’t really know what happens to people under such conditions, because they are so rare in the current climate.

But under a high-emissions scenario, the researchers calculated, there could be over 1 million person-days of exposure to wet bulb temperatures of 35 °C by the 2070s.

Fortunately, if carbon emissions are low or moderate, wet bulb temperatures of 35 °C are likely to remain rare.

Still, “Lots of people would crumble well before you reach wet-bulb temperatures of 32 °C , or anything close,” study coauthor Radley Horton, a climate scientist at Lamont-Doherty, said in a press release. Recent heat waves in which wet bulb temperatures have reached 29 to 31 °C have caused tens of thousands of deaths.

“In the coming decades heat stress may prove to be one of the most widely experienced and directly dangerous aspects of climate change,” the researchers write. They call heat stress “a potentially transformative risk factor for humans.” The burden will fall heaviest on regions where many people work outside and lack access to air conditioning, safe water, and medical treatment.

Meanwhile, this week in Australia – which good infrastructure and lots of experience with heat waves ought to make one of the most resilient regions of the globe – extreme heat sent a cricket team captain to the hospital, and apparently killed at least 200 flying foxes, a species of bat. As increasingly seems to be the case, the transformative risk for humans – and wildlife – is already here.