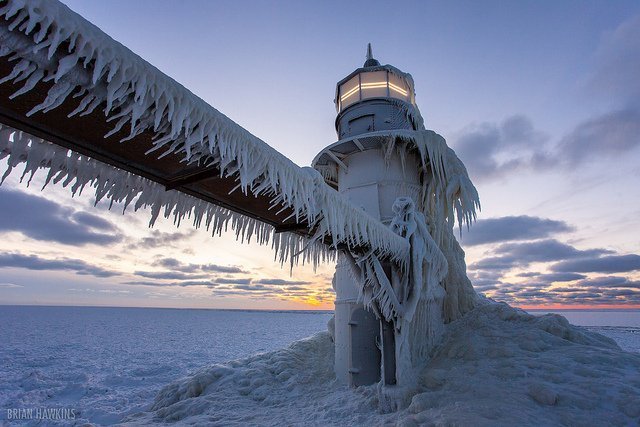 For eastern and central North America, 2018 brought the coldest New Year’s weather in several decades, with temperatures as much as 50 degrees Farenheit below normal in some areas. The cold snap elicited predictable nyuk-nyuks from climate-change denialists.

But scientists have pointed out that not only is most of the rest of the world still warmer than normal, climate change may even make extreme winter cold in eastern North America more likely. While it’s still difficult to link any particular cold snap or other weather event to climate change, these scientists could be on to a powerful strategy for fighting climate change, according to a new study.

Until now, most climate models have assumed that people will keep doing what they are doing to cause carbon emissions even as climate change proceeds and heat waves, storms, and droughts get worse. But that’s not necessarily the case, the researchers say.

To explore the feedback loop between climate and behavior, they combined a standard climate model with a well-known theory of human behavioral change. The researchers used temperature projections from the climate model to determine the likelihood of extreme weather events, and then used the social portion of the model to predict the influence of those extreme events on emissions-causing behaviors. In turn, those emissions-causing behaviors then fed back into the climate model to affect the next round of temperature projections.

They conducted 766,656 simulations, varying different parameters and characteristics of the model, in order to analyze which factors have the greatest influence on temperature change. They found that if people respond to incipient climate change in specific ways, the eventual amount of warming could be far less than the climate model alone would predict.

Limiting warming also depends on choosing mitigation strategies that are cumulative – long-term changes that tend to build on themselves, such as infrastructure, adopting hybrid vehicles, and changing public policy and regulations – rather than those that can be easily reversed, such as changing the thermostat setting or driving less.

Finally, the smallest temperature changes also occurred in runs of the model that assumed people would be highly sensitive to perceptions of risk from extreme weather events early on.

“Policies that facilitate the timely and reliable attribution of extreme events to climate change may increase perceived risk of climate change rather quickly and facilitate changes in emissions behaviours,” the researchers write. In other words, we need to have a collective freakout about climate change as soon as possible.