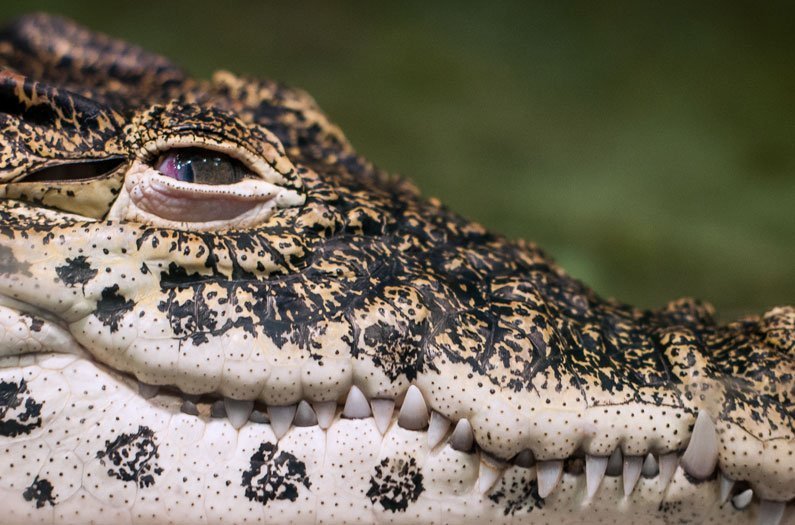 Rewilding Reptiles to Eco-Engineer the Anthropocene

Reptiles are rarely regarded as ecosystem engineers — an oversight that’s repeated often when it comes to reptiles, and limits our vision of just how ecologically important they’ve been and how important they might yet be again.
By Brandon Keim
January 24, 2018

In the southeastern United States, burrows dug by gopher tortoises are used for shelter by no fewer than 200 other species of animals, from owls to rabbits and rattlesnakes. Gopher tortoises are exceptional in this regard, but hardly unique: many reptiles dig holes used by other species. Yet they’re rarely regarded as ecosystem engineers — an oversight that’s repeated often when it comes to reptiles, and limits our vision of just how ecologically important they’ve been and how important they might yet be again.

“The vision of reptiles as unimportant, simplistic, peripheral and expendable proto-animals remains strongly rooted in society,” writes ecologist Everton de Miranda of Brazil’s Federal University of Mato Grosso in the journal Frontiers in Ecology and Evolution. “Because reptiles are rarely as noisy as birds or conspicuous as large animals, they often pass unnoticed as ecosystem players.” It’s time, writes de Miranda, for a “paradigm shift.”

Since the end of the last Ice Age, human activity has driven extinct scores of reptilians, with 53 extinctions taking place in just the last century. Many more have been extirpated, and at least 19 percent of all remaining reptiles are now considered threatened — a loss to be understood not just in the usual terms of vanished biological heritage, but the myriad ecological roles they play.

Many reptiles consume fruit and disperse seeds across landscapes, helping those plants to spread and preventing populations from becoming isolated. Animals often go along for the ride too, particularly on marine reptiles: a sea turtle’s shell might host communities containing hundreds of species of plants and invertebrates, forming what de Miranda calls a “miniature reef” colonized by yet more animals.

He describes aquatic reptiles as “ecosystem linkers,” transporting nutrients between water and land, providing prey for terrestrial predators. In the neotropics, for example, crocodilians can comprise up to 70% of jaguar diets. Elsewhere reptiles once were — or, as with remaining large crocodile species, still are — apex predators, shaping ecosystems with their habits. Other species engineer ecosystems by grazing vegetation or, as with gopher tortoises, digging burrows.

As reptiles, especially large-bodied reptiles, continue to decline, ecosystems and their services contract. Some plants, such as baobab trees in Madagascar that rely on tortoises to spread their seeds, may vanish. Less nutrients are transported onto land; in the case of sea turtles, that means less fertilizer for beachside plants and a subsequent erosion of coastal dunes. Fewer burrows means fewer homes for other creatures. On and on the connections go. “Remove a highly interactive species from an ecosystem and other species tend to suffer,” says de Miranda.

The first step in de Miranda’s paradigm shift is appreciating the wealth and complexity of these interactions. Next up: doing something about it. Beyond protecting the reptiles who remain, de Miranda thinks they should be a focus of rewilding and reintroduction programs, particularly in tropical regions where the losses are most acute. One rewilding candidate is the Cuban crocodile, once an apex predator of Caribbean landscapes and now restricted to two tiny, insular populations; people might also, says de Miranda, keep an open mind to the value of reptiles now living outside their historic ranges.

Though some conservation programs do include reptiles, they’re usually an afterthought. Rarely are these efforts framed in larger ecological terms. “Lost and current ecological processes performed by large reptiles may be orders of magnitude higher than what is currently perceived,” writes de Miranda. Unless we appreciate and act on that, “the astonishing biodiversity related to them can vanish, too.”

Source: de Miranda, Everton. “The Plight of Reptiles as Ecological Actors in the Tropics.” Frontiers in Ecology and Evolution, 2017.