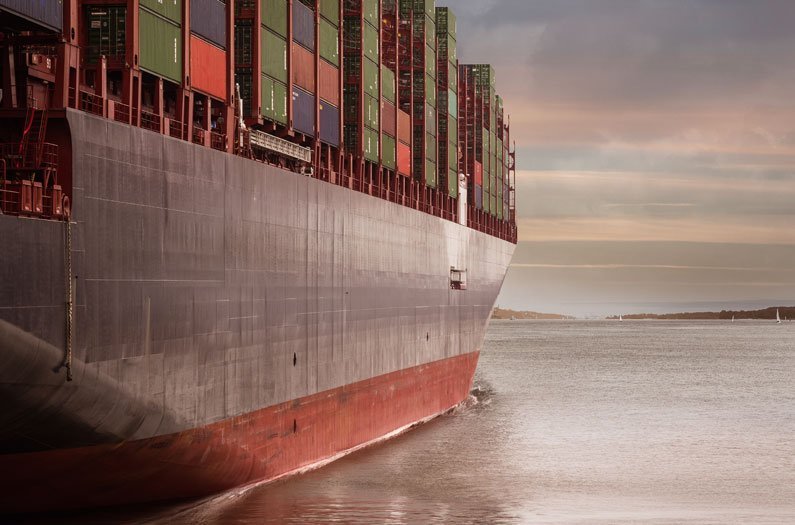 The tradeoff between cleaner ship fuels and global warming

Cleaner low-sulfur shipping fuels should reduce air pollution-related deaths around the world by around a third, and childhood asthma cases in children by more than half. But this carries a climate tradeoff: the higher-sulfur fuels help cool the planet temporarily.
By Prachi Patel
February 8, 2018

A new study shows that cleaner, low-sulfur shipping fuels should reduce the number of air pollution-related deaths around the world by around a third. It will also bring down childhood asthma cases by more than half.

The health benefits might bring a climate tradeoff though. Ship exhaust also contains tiny sulfur-containing aerosol particles that reflect sunlight and helps to temporarily cool the planet. Lower sulfur fuels will reduce this radiative cooling effect from ship aerosols by about 80 percent, researchers at the University of Delaware and the Finnish Meteorological Institute report in Nature Communications.

Marine fuel contains 3,500 times more sulfur than the diesel used in cars. So the environment and health community welcomed the International Marine Organization’s decision in late 2016 to decrease the amount of sulfur allowed in marine fuels by 85 percent by 2020: the biggest improvement in shipping fuel standards in 100 years.

The new study quantifies the health benefits of the low-sulfur fuels. Starting with 2015 data on ship traffic, the researchers took into account expected vessel emission growth to project shipping emissions in 2020 with and without the proposed low-sulfur standards. They also used high-resolution models to see how ship emissions are transported in the atmosphere, and how they mix and chemically transform in the atmosphere. Using these inputs, they estimate ship pollution’s health effects and radiative cooling impact.

They calculated that low-sulfur fuels result in 137,000 fewer deaths due to air pollution annually, and around eight million fewer cases of childhood asthma. But despite these benefits, shipping will continue to pollute. The cleaner fuels will still account for around 250,000 deaths and about 6.4 million childhood asthma cases annually. “More stringent standards beyond 2020 may provide additional health benefits,” the researchers say.”

However, the shipping industry might require a more intensive overhaul. The cleaner fuels bring health benefits, but will also increase the rate of global warming by 3 percent because of less aerosols. As shipping traffic is expected to surge in coming decades, the team points to the need for better international shipping standards that “achieve climate and health targets by jointly reducing greenhouse gases and air pollution.”