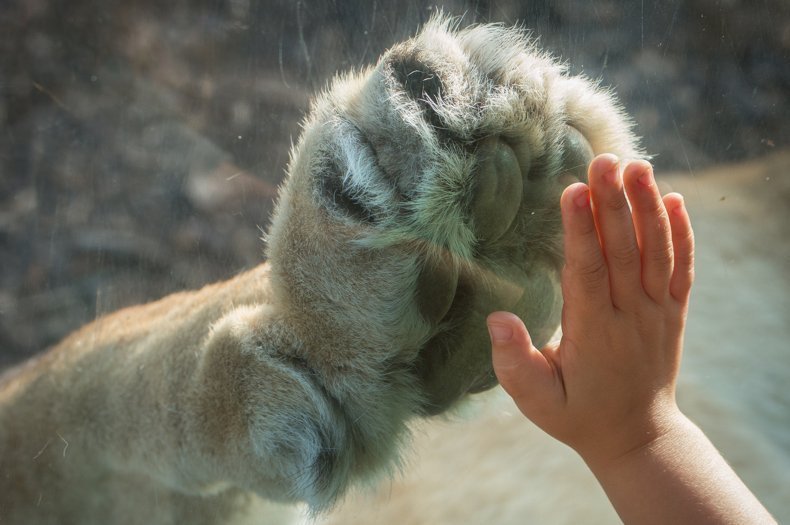 What racism, sexism and a belief in human superiority have in common

Is speciesism — the tendency to treat other animals as intrinsically less valuable than ourselves — just a philosophical construct or an actual psychological phenomenon? It’s a real thing, say psychologists, and seems rooted in the same habits of mind as racism, sexism and homophobia.
By Brandon Keim
February 21, 2018

In the early 1970s, animal-inclined philosophers coined the term “speciesism” to describe the practice of regarding different species as having unequal moral value — with humans, of course, being most valuable of all. The word caught on, at least among people inclined to care about that sort of thing. Putting animals in different, lesser categories — food, pet, wild, pest — is what people do.

The question has remained, though, of whether speciesism is just a philosophical construct that describes how society works, or an actual psychological trait akin to other -isms like sexism and racism. In a world with more captive animals than people, with many wild animal populations plunging and biodiversity in crisis, it’s a question worth exploring.

“Philosophers have debated these claims, but relatively little empirical work has been conducted,” write psychologists Lucius Caviola, Jim Everett and Nadira Faber of the University of Oxford in the Journal of Personality and Social Psychology. Their findings, says Caviola, “demonstrate that speciesism exists as a psychological phenomenon and that it shows the same properties as other forms of prejudice.”

The new study comprises several separate experiments. In the first, Caviola’s team asked 1,108 Americans enlisted through Amazon’s Mechanical Turk online task marketplace how strongly they agreed or disagreed with statements like “humans have the right to use animals however they want to.” Based on their responses, the researchers winnowed the statements into a simple six-item test of speciesist inclinations.

Next the researchers tested whether, as would be expected of a prejudice, these inclinations remained stable over a one-month period. They did. Participants then took tests that measured biases based on ethnicity, gender and sexual orientation. These tended to track species biases. “We found significant positive correlations of speciesism with racism, sexism, and homophobia,” wrote the researchers.

Further tests suggested that the psychological roots of those biases — a tendency to embrace hierarchy and rationalize existing social orders — were shared. There appears to be “a common component of generalized prejudice that drives different types of specific prejudicial attitudes,” wrote Caviola’s team.

In their concluding experiments, the researchers tried to tease apart potentially complicating factors: perhaps, for example, people didn’t hold species identity against animals, but their lack of intelligence or inability to suffer. Those factors were involved, but only partly explained participants’ attitudes. It came down to species.

Caviola and colleagues see their findings as a starting point for more questions: How do speciesist attitudes vary between cultures? To what extent are they innate, and to what extent learned? What cognitive processes are involved? “Despite the apparent ubiquity of speciesism in our every-day lives,” they write, “speciesism is hugely underinvestigated.”

As for how their insights might be applied, Caviola is circumspect. “I don’t believe science can tell us what is right and wrong, but it might be able to reveal inconsistencies in our own values,” he says. That speciesism appears psychologically analogous to racism and sexism is something to consider. “Now it is up to the readers and to society what they want to make of these findings.”

Source: Caviola et al., “The Moral Standing of Animals: Towards a Psychology of Speciesism.” Journal of Personality and Social Psychology, 2018.