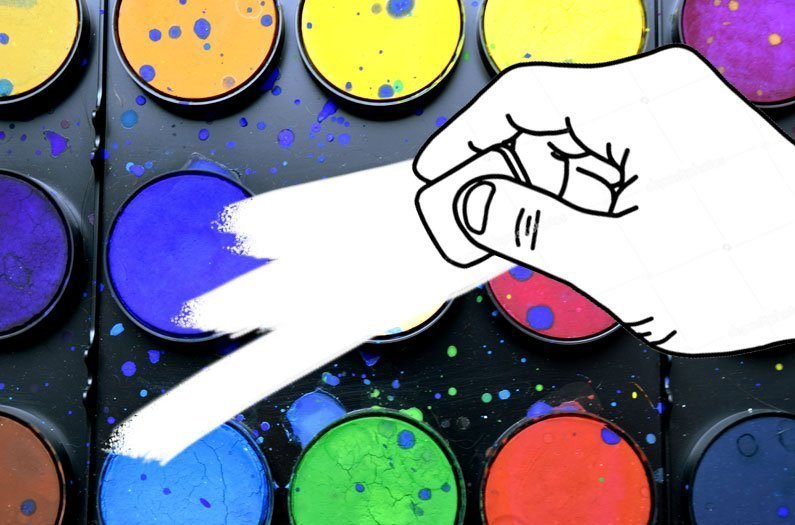 To reduce the paper industry's toll on the environment, a team in China has made the first rewritable paper that can be inkjet-printed with multicolor images that last for months.
By Prachi Patel
February 1, 2018

The paper industry takes a toll on the environment. Around four billion trees are cut every year to make paper or cardboard, and processing the raw material takes a lot of energy, water, and chemicals. Paper that can be erased and reprinted multiple times could help us use less of it.

Now a team in China has made the first rewritable paper that can be inkjet-printed with multicolor images that last for months. The paper, reported in the journal Nature Communications, can be erased and reused more than five times. And it uses inexpensive materials and nontoxic water-based inks, say its developers at the Nanjing University of Posts & Telecommunications.

Others have made reprintable paper using dyes that become visible when triggered by light or water. But the technologies reported so far stay legible just for a few days, and none of them have been multicolor.

The Nanjing team demonstrated two different systems. For the first, they coat filter paper with a plastic film that is infused with a chemical that bonds with different metal ions to produce seven distinct colors. When solutions of those metal salts are inkjet-printed or drawn on the sheet, the images show up in various bright hues.

Rinsing the paper with a fluoride solution washes off the images because it breaks the chemical-metal bond. The colors stayed intense after the paper was erased and reprinted five times. Erasing a document with a fluoride wash isn’t very practical, of course. So the researchers are working on better erasing techniques.

Their other rewritable system uses water as an ink. The team coated paper with a colorless zinc compound that looks orange under UV light. Printing on it with pure water changes chemical bonds in the zinc compound, turning it cyan. The image, which can only be seen under UV light, lasted for more than 6 months, and could be erased by warming the paper for a half hour. This technology could be used to print security tags, and the researchers printed a QR code as a demonstration.

Per the researchers’ rough calculations, if a single sheet is used eight times—and that’s a conservative number—the “cost per print of the multicolour rewritable printing and water-jet rewritable printing would be approximately one-fifth and one-tenth of the normal inkjet print.”

Producing all the chemicals that go into the paper could, of course, carry an environmental burden. Plus, it’s not clear if the paper can be recycled easily. But the researchers write in the paper that their design principle could be used to develop other reversible chemical systems and “produce advanced rewritable paper and green printing technology.”