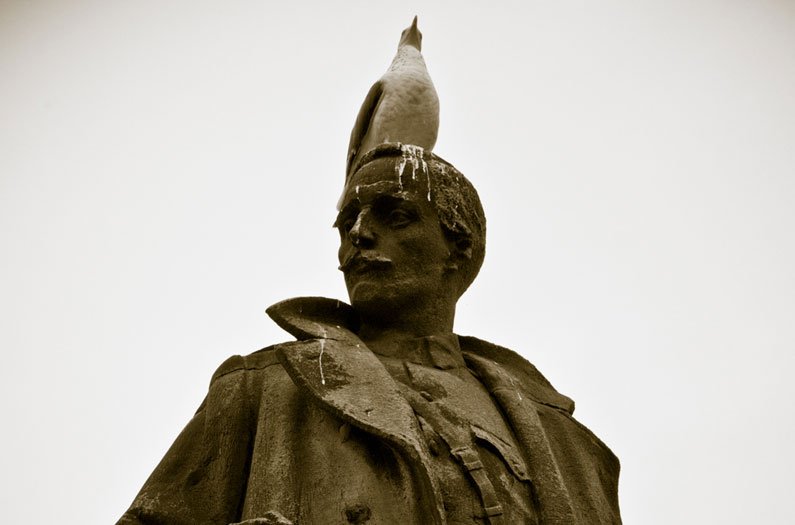 It’s not uncommon to hear people frame human activity in the Anthropocene as having achieved significance on par with Earth’s basic biogeochemical processes. Seabirds have been doing this for a while.
By Brandon Keim
February 14, 2018

And yet the opposite may be true. “Seabirds act as biological pumps between marine and terrestrial systems,” write researchers in the journal Nature Communications. What they call “ornitheutrophication,” or the myriad ways that seabird-derived nutrients flow through ecosystems, “has geochemical and environmental relevance on a global scale.”

Led by University of Santiago de Compostela biologist Xosé Luis Otero, the researchers combine what’s known about seabird physiology with a global inventory of seabird populations to calculate the amount of nutrients they transfer from ocean to land in their poop. The results are extraordinary: the world’s roughly 800 million seabirds excrete some 591 million kilograms of nitrogen and 51 million kilograms of phosphorus per year, nutrients that at first concentrate around their colonies and then diffuse into coastal ecosystems and throughout the world.

In empirical terms those numbers might feel abstract, but the takeaway is straightforward. Nitrogen and phosphorus are vital to life; their availability often determines how much plant growth is possible in an ecosystem, and the magnitudes described by Otero’s team are typically generated by ubiquitous, recognizably vast processes like erosion. It’s not uncommon to hear people frame human activity in the Anthropocene as having achieved significance on par with Earth’s basic biogeochemical processes. Seabirds have been doing this for a while.

What might be done with these insights? Further research might trace the relationship between seabird nutrients and global plant growth. Otero’s team recommends that scientists studying global flows of nitrogen and phosphorus include seabirds in their calculations. Perhaps people could try to assign a monetary value to ornitheutrophication: certainly it would cost many billions of dollars to replicate what seabirds presently do for free. The findings also add urgency to the precarious health of seabirds, populations of whom have declined by an estimated 70 percent worldwide since the mid-20th century.

Even as many seabird communities are threatened, we’re starting to realize how important they are. Hopefully that will help convince people to care more about them.