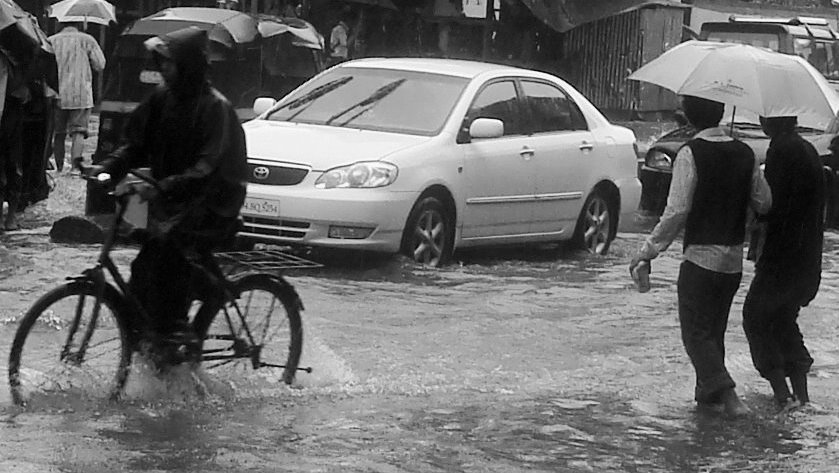 Cities make their own weather, in ways that may intensify with climate change

Ongoing urbanization could exacerbate some of the problems that come along with global warming. But careful urban design and planning could help mitigate these effects.
By Sarah DeWeerdt
March 20, 2018

Two of the studies show how cities affect rainfall patterns, sometimes shaping the behavior of storms over the scale of just a few square kilometers. The third study probes the urban heat island effect, the tendency for cities to be warmer than surrounding rural areas.

The proportion of people who live in cities is increasing, and cities are expanding all over the globe. The new studies suggest this ongoing urbanization could magnify some of the problems that come along with global warming. But at the same time, they hint at how careful urban design and planning could help mitigate these effects.

Niyogi and his colleagues used satellite data and computer modeling to simulate what the rainfall patterns would be like if San Miguel de Tucumán, a city of 850,000 in the foothills of the Andes Mountains, did not exist. (Urbanization changes soil moisture, vegetation, the darkness of the land’s surface, and surface texture, all of which can ultimately affect weather.) They found that the city reduces precipitation downwind by about 20 to 30 percent, and shifts precipitation upwind to the east. The study appeared 8 March in the journal Geophysical Research Letters [1].

The second study, which was published 2 March in Scientific Reports, used similar methods to investigate how small-scale variations in the texture of the urban fabric shape heavy monsoon season rains in Mumbai [2]. Niyogi and his team found that overall, urbanization intensifies downpours. But due to varying building heights, green space, and the layout of the road network the spatial variability of rainfall also increases, creating rainfall “hotspots” within the city.

Finally, a separate team of researchers from France and the United States analyzed nighttime temperatures in more than 50 cities across North America, Europe, and Australia. Urban geometry influences the intensity of the nocturnal urban heat island effect – that is, how much hotter a city is than its surroundings at night – they reported 9 March in Physical Review Letters [3]. Specifically, cities with lots of straight, perpendicular streets tend to have a more pronounced urban heat island effect than cities with more irregular street networks.

These results add up to much more than just observations about weather in the city. They point out vulnerabilities that will become more intense as urbanization intensifies, especially against a backdrop of climate change.

In San Miguel de Tucumán, for example, the urbanization-related changes in rainfall may result in less water reaching the reservoir of El Cadillal Dam, an important source of hydropower and drinking water for the city, as well as irrigation water for nearby farmland. Further growth of the city could diminish water resources – just as demand is increasing.

Meanwhile, the results of the Mumbai study may help explain why Mumbai, a megacity of over 21 million people and one of the world’s most densely populated cities, has suffered from intense flooding in recent years. On the flip side, the findings could also help city planners figure out where to put flood monitoring and storm water drainage systems.

And urban heat island effects are likely to magnify the consequences of heat waves already predicted to intensify with climate change. We probably can’t alter the fundamental geometry of existing cities very much. But the results of the final study could help scientists understand why some cities are more strongly affected by urban heat island effects than others, and perhaps guide development in rapidly growing cities to limit these effects.