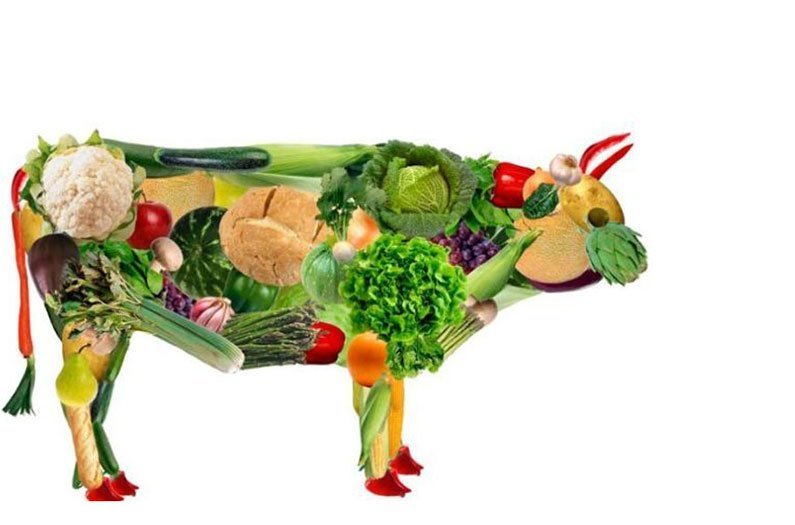 What if we treated meat consumption like food waste?

Replacing livestock farming with crops across the United States could generate up to 20 times more food for the country's population.
By Emma Bryce
March 30, 2018

If America went vegan, we’d free up enough extra farmland to feed 350 million more people, finds a new study in the Proceedings of the National Academy of Sciences.

By switching beef, pork, poultry, dairy, and egg farming for crops that have equivalent nutritional content, we could generate between two and 20 times more food with the same amount of land, the researchers found. On the other hand, maintaining the status quo would result in what the researchers call an ‘opportunity loss’, because meat farming produces so much less protein per acre of land than plants.

They rated animal-based food products on this scale of loss, finding that egg farming was the most efficient in terms of land-use–though it still resulted in a 40% loss of potential plant protein production. Chicken farming amounted to a 50% loss, and pork farming equated to a 90% loss. By far the biggest losses occur in cattle farming: a plot of land that produces four grams of protein from beef farming would generate 100 grams of protein from plants, because plants use land and resources that much more efficiently. Effectively, that means beef farming constitutes a 96% loss of food production.

In light of this, switching even just beef for plant-based foods could make a huge dietary impact, the researchers explain: “Every two typical Americans who choose to substitute beef in their diet with a nutritionally equivalent combination of plant items will save enough resources to fully feed an additional third.” At the other extreme, replacing all meat products with plant substitutes would generate enough food to feed another 350 million Americans–more than the country’s current population. That’s also more food than we’d save even by eradicating all food waste from the US supply chain.

Recommended Reading:
Fast transition to carbon-free energy could save trillions

One way to meet the food needs of the 9.8 billion people who will walk this planet by 2050 is to reduce the amount of food that’s wasted in the first place, the researchers note. And they argue that America’s traditional high-meat diet itself could be framed as a kind of food waste, because it uses up land that could instead be repurposed to produce so much more food. “Unlike conventional food loss,” they write, “opportunity food loss is hidden food that can be recovered via changes in diets.”

It seems improbable that a nation as carnivorous as the US could be persuaded to completely ditch meat. Switching to plant-based protein would also undermine the large economic contribution that livestock farming makes to the country’s GDP each year. But, thinking optimistically, the researchers point out that this loss could ultimately be replaced by the gradual growth of plant-based imitation meat products–a market that’s already growing rapidly in the US. And in any case, food production isn’t the only motivation for reducing meat consumption: switching to a plant-heavy diet could save the US up to $80 billion dollars, the study shows, by averting greenhouse gas emissions and the national cost of health problems that stem from unhealthy diets.

Above all, the study makes a bid to extend the definition of food waste to include the diets we choose, the researchers say. “Opportunity food loss must be taken into account if we want to make dietary choices enhancing global food security.”

Source: Shepon et. al. “The opportunity cost of animal based diets exceeds all food losses.” Proceedings of the National Academy of Sciences. 2018.