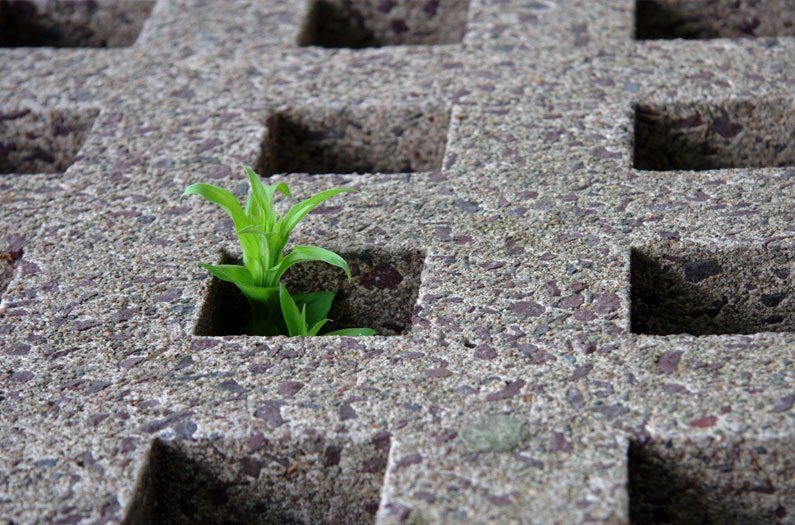 Graphene Can Green Up Concrete’s Act

Mixing graphene into concrete makes it two times as strong and four times as water-resistant, and also lowers its carbon emissions.
By Prachi Patel
April 26, 2018

Concrete is the most commonly used building material in the world. And now, by adding the invisible wonder material graphene to it, researchers have taken a step towards a more sustainable construction industry.

The new graphene-laced concrete is two times as strong and four times as water-resistant as the standard stuff, shows a new study published in Advanced Functional Materials. It also lowers the carbon emissions of conventional concrete.

Concrete, which is a mix of cement, water, sand and gravel, has a huge carbon footprint. The world produces around 4 billion metric tons of cement every year, creating a similar amount of carbon dioxide, which amounts to about 6 percent of global man-made carbon emissions. The production is expected to steadily go up to more than 5 billion metric tons by 2030.

Enter graphene. The one-atom-thick sheet of carbon atoms—basically a single layer of the flaky black graphite used in pencils—is known to be exceptionally strong and have unique electrical properties. It is already used to reinforce performance sports equipment like tennis rackets, skis, bike frames, and helmets.

Engineers at the University of Exeter in the UK suspended graphene flakes in water, and mixed that water with cement to make concrete. The concrete samples that were tested meet the British and European standards for construction.

Adding graphene allows the researchers to use less of the other materials, including cement, to make concrete that is just as strong. “By including graphene we can reduce the amount of materials required to make concrete by around 50 per cent – leading to a significant reduction of 446 kilograms per metric tons of the carbon emissions,” said professor of engineering Monica Craciun in a press release.

Plus, the stronger and more water-resistant concrete would reduce maintenance costs and should last much longer than conventional concrete. Over the long run, that means less replacement and less cement used.