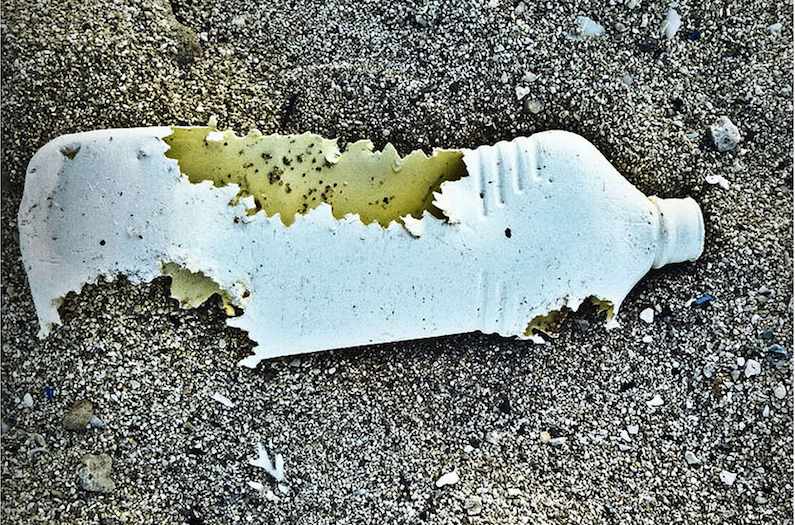 A young sperm whale that washed up on a Spanish beach last week, emaciated and dead from ingesting 64 pounds of plastic, was a sad reminder of our plastic addiction. A new plastic-eating enzyme reported in the Proceedings of the National Academy of Sciences could become a solution for our plastic pollution problem.

The enzyme, which researchers created by accident, can digest the most commonly produced plastic polyethylene terephthalate (PET), which is used to make food packaging, soda and soap bottles, and clothing.

Polyethylene plastics last for hundreds of years in the environment. Recycling rates are dismal, and much of this plastic ends up in oceans, where animals ingest it or it ends up breaking down into microscopic plastics that are nearly impossible to clean up.

Back in 2016, Japanese researchers found a bacterium near a bottle-recycling facility that had naturally evolved to eat plastic for energy. They found that the bugs produced an enzyme, which they named PETase, to break down and metabolize the plastic.

It is this enzyme that researchers at the University of Portsmouth and the National Renewable Energy Laboratory were studying when they accidentally created the new enzyme. The team was studying the crystal structure of PETase.

During their study, they tweaked the structure of PETase to make a few different variations to test for their plastic degradation ability. One of the mutants, they found, was much better at breaking down plastic than its naturally evolved cousin.

The new mutant enzyme works faster and it can degrade another new plastic, a biobased alternative to PET that still lasts in the environment for a long time. “Although the improvement is modest, this unanticipated discovery suggests that there is room to further improve these enzymes, moving us closer to a recycling solution for the ever-growing mountain of discarded plastics,” John McGeehan, professor of biological sciences at Portsmouth, said in a press release.

The researchers are now planning to engineer and improve the enzyme to make it even better at degrading plastic.