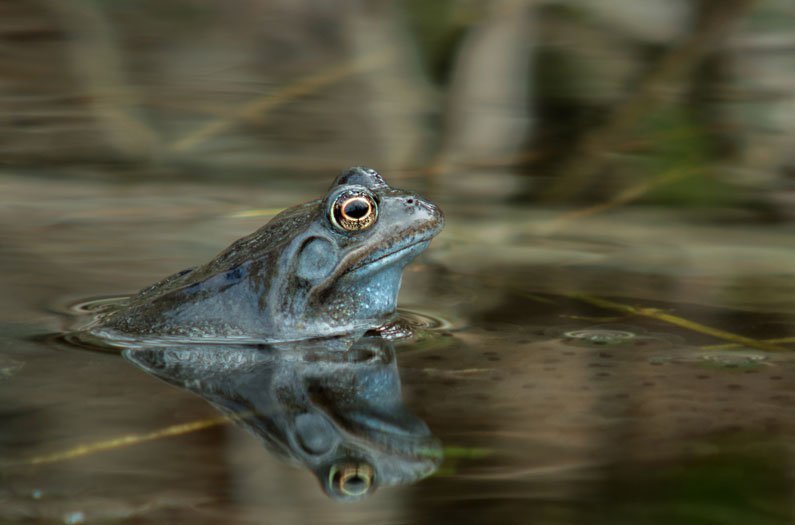 The average water temperature in urban ponds is up to 3 °C hotter than that of ponds in nearby rural areas—a phenomenon dubbed the "urban hot tub effect."
By Sarah DeWeerdt
April 24, 2018

The average water temperature in urban ponds is up to 3 °C hotter than that of ponds in nearby rural landscapes, according to a new study by researchers from Catholic University of Leuven in Belgium.

The urban heat island (UHI) effect– the tendency for air temperature in cities to be higher than in surrounding rural areas due to the heat-trapping properties of buildings, roads, and parking lots – is well known. But temperatures of urban waterways haven’t been studied as much.

“Typically in urban design and planning, ponds are considered to help minimize the effects of UHIs by reducing increased air temperatures,” the researchers write in the journal Landscape and Urban Planning. “It is often overlooked that these pond systems themselves are also influenced by UHIs.”

The researchers analyzed a year’s worth of temperature data recorded in 18 ponds across northern Belgium. The small, shallow ponds were mostly human made and spanned a range of landscapes from heavily urban to rural.

By eight different measures, including mean daily temperature, maximum daily temperature, and daily temperature range, the ponds with highly urbanized immediate surroundings were hotter than those in rural settings. The differences were especially pronounced in the spring and summer months. The researchers dub this phenomenon the “urban hot tub effect.”

Urban ponds also have a longer growing season than rural ponds, mostly because their growing season begins earlier in spring. This may benefit some species, but for others it can disrupt the timing of seasonal events such as reproduction and throw life cycles out of whack.

The researchers assessed urbanization at two scales. They found that the degree of urban development in the immediate area (50-meter radius) of a pond has a much greater effect on water temperature than urbanization in the broader vicinity (3,200-meter radius). This means that ponds within urban parks are not as impacted by the “urban hot tub” effect, consistent with other findings about the cooling influence of parks and green areas within cities.

Because of their increased temperatures, urban ponds could provide a glimpse of what future aquatic ecosystems might look like under climate change. Researchers have previously suggested the same could be true of terrestrial urban environments.

But the researchers also note that even though many ponds in urban areas are human-made for either aesthetic (parks and gardens) or infrastructure (stormwater runoff) purposes, they provide important habitat and can harbor significant biodiversity. So it’s worth trying to protect these environments for their own sake, and design urban ponds with a surrounding buffer of vegetation for example to try to turn down the heat.