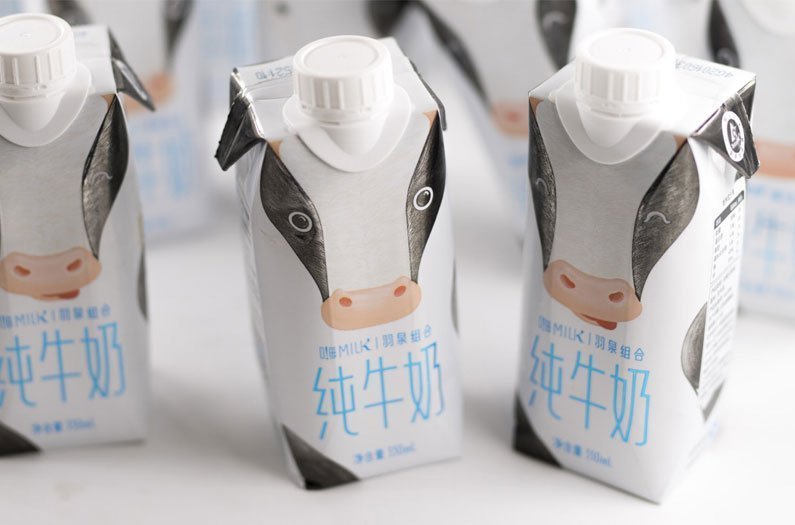 To meet China’s growing desire for milk sustainably, we’ll need to make some careful trade-offs.
By Emma Bryce
May 18, 2018

China’s milk consumption will increase threefold by 2050, reveals a study in Global Change Biology–a major shift that could increase global greenhouse gas emissions from cows by more than one-third. But this isn’t inevitable: if the country takes steps to improve its dairy sector, its environmental impacts could be significantly reigned in.

Globally, milk consumption is on the up, set to increase by 60% in the next three decades. That’s being driven mainly by China as the most populous country in the world, with its growing appetite for milk. The researchers predict that by 2050, China will be consuming an average 82 kilograms of milk per person annually, up from a mere two kilograms in 1961. The impact of this increase could unfold in multiple ways, depending on the path of dairy production that China takes.

Sticking with a business-as-usual approach–wherein China’s extra milk requirements are met by both domestic production and international imports–would be the most detrimental for the planet. Under this scenario, greenhouse gas emissions from livestock shoot up by 35%, and global land-use increases by 32%, from 84 to 111 million hectares. This also comes with a 77% surge in water use, and a 48% increase in nitrogen pollution–partly due to the increased need to farm resource-guzzling crops like soybeans and maize as feed.

This grim outcome isn’t the only option. China could also choose to produce all the extra milk it needs domestically. But, existing pressures on the land would then force the country to import tons of international feed, to meet the huge appetite of its growing livestock numbers. That simply shifts the environmental burden of increased water, land, and nitrogen pollution to other countries, the researchers note. Similarly, if China relied completely on global imports to meet its growing desire for milk, dairy production in other countries would begin to compete for land with other types of food production: in major milk producing regions like New Zealand and Europe, land use would in fact go up by 57% and 39% respectively.

Under any scenario, China’s milk demand will have detrimental impacts on the planet, the researchers say. But, there are ways to limit the extent of that impact.

If China becomes a hub of sustainable dairy innovation, and aligns its domestic milk production with the highest global sustainability standards, it could reduce expected greenhouse gas emissions from milk production by 12%, and land-use by 30%. This would require, for instance, that China improves manure management, which is a major source of greenhouse gas from cows. The country would also need to invest in animal nutrition to ensure the most efficient production of milk, while using the least land. “The optimal option is to produce the additionally required milk in China, but with greatly improved technology,” the researchers write.

China is now the world’s leading importer of milk, as well as its fourth-largest producer–despite its long history of dairy-free diets. With increased globalisation, the desire for milk is mounting in China, driven partly by a policy and national health push for milk consumption to go up.

To estimate the impact of this rising thirst, the researchers gathered data on China’s current and projected milk consumption, and then applied a method called the Nexus Approach, which maps out the interdependencies between environmental resources to measure the impact of a product. This revealed the varied and interconnected environmental impacts of milk consumption under different possible scenarios.

Even under China’s best dairy production scenario, global greenhouse gas emissions from cows would rise by 19%, the researchers caution. So, short of dissuading the planet and its growing population from consuming milk, a pragmatic balancing act will ultimately be what’s needed to meet our future dairy needs, sustainably.