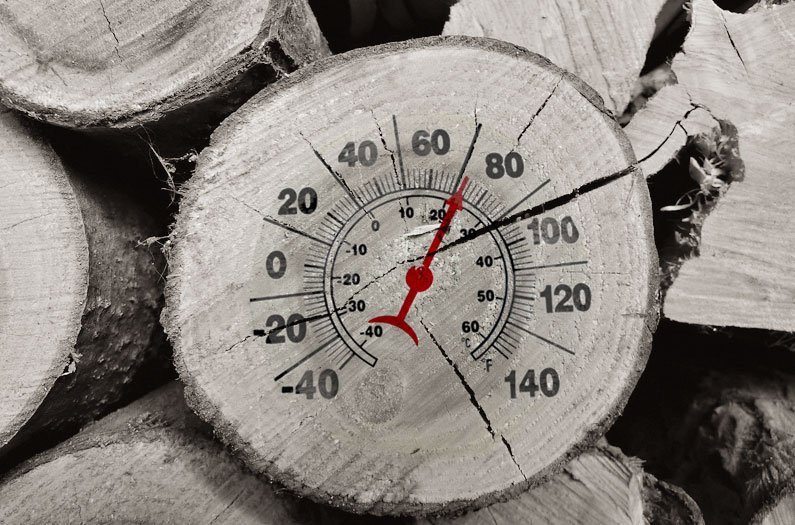 How deforestation creates heat waves in North America and Europe
Deforestation has led to increases in the yearly maximum temperature over many areas of the globe—raising hopes that planting trees could help ease extreme heat.
By Sarah DeWeerdt
May 1, 2018

Burning of fossil fuels isn’t the only characteristic of the industrial age. Especially the start of the Industrial Revolution in the last half of the 19th century, industrialization has also meant rapid deforestation. This loss of forest cover has contributed to a surprisingly large fraction of climate warming, especially in North America and Eurasia, according to an analysis published April 23 in Nature Climate Change.

When a forest is cut down, carbon stored in the wood is released, increasing the concentration of carbon dioxide in the atmosphere. Loss of forestland also means loss of a carbon sink – so in addition to more carbon dioxide entering the atmosphere, less is absorbed from it.

Deforestation also has physical effects that can have an impact on climate, especially locally. The loss of forest cover changes how much sunlight the land reflects and how much cooling water vapor is released by plants into the atmosphere, for example.

Previous modeling studies have yielded inconsistent results as to whether deforestation is likely to increase or decrease temperatures. That matters not just for climate change accounting – figuring out how to apportion the causes of recent warming – but also to help predict the effects of planting new forests in the future, which is commonly suggested as a strategy for fighting climate change.

In the new study, researchers used actual temperature observations in neighboring areas with different deforestation rates to help calibrate computer climate models. This enabled them to reconstruct the effects of deforestation on extreme heat in a more sophisticated way than has been done in the past, they say.

Their analysis shows that deforestation has led to increases in the yearly maximum temperature over many areas of the globe since the start of the Industrial Revolution. The effect is strongest over parts of North America and Eurasia. There, areas that have experienced moderate deforestation are 0.3 °C warmer than they would otherwise be. At a maximum, deforestation has produced a full 1.0 °C of warming over some areas of the Great Plains.

The researchers calculate that in North America and Eurasia, every 10% decrease in tree cover leads to a 0.12 °C increase in the yearly maximum temperature.

Almost all of the warming seen in these regions up until the year 1920 was due to deforestation. Of course, as the 20th century continued, deforestation slowed and greenhouse gas emissions accelerated, increasing the proportion of warming due to greenhouse gases. Even so, accounting for the effects of both physical changes to the landscape and the release of carbon dioxide, deforestation remained responsible for about half of the increase in yearly maximum temperature through the year 2000.

The good news, though, is that if deforestation increases the intensity of heat waves, then more trees are likely to help reduce extreme heat, providing another check in the “pro” column for planting trees as a strategy for fighting climate change. These effects on temperature might be mostly local – but at this point, we need all the help we can get.