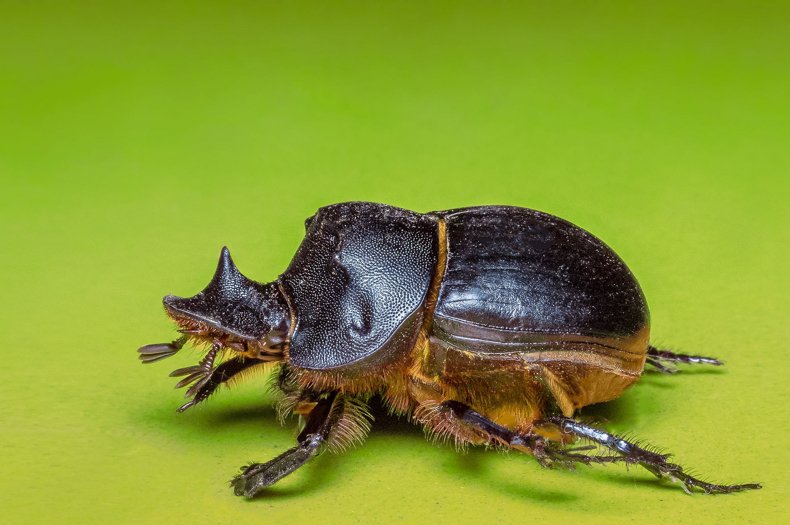 In today’s dung beetles, echoes of a lost world — and hints of a new one

Witness the humble dung beetle: slightly ridiculous, certainly uncelebrated, and also quite useful. In their fossils can be glimpsed a richness lost to human memory — and, perhaps, a guide for bringing that richness back, or at least not losing any more.
By Brandon Keim
May 9, 2018

Witness the humble dung beetle: slightly ridiculous in our eyes, certainly uncelebrated, and also quite useful. Nutrient-cyclers and soil-fertilizers, an army of assistant gardeners tending to Earth’s landscapes. And in their fossils can be glimpsed a richness lost to human memory — and, perhaps, a guide for bringing that richness back, or at least not losing any more.

In a study published in the journal Oikos, biologists Andreas Schweiger and Jens-Christan Svenning of Aarhus University describe their analysis of dung beetle fossils found across Europe and dating from 53,000 years ago to the near-present. The beetles, they explain, are signifiers. Having co-evolved with large-bodied animals, whose feces they use for food and shelter, they ought to have been affected by megafauna extinctions at the end of the last Ice Age.

Likely caused by the hunting proficiency and land use of early humans, those extinctions are particularly fascinating to ecologists. Dozens of species vanished: aurochs and woolly mammoth, cave bears and giant deer, a whole menagerie of enormous mammals. The ecological consequences were likely profound. Lost as they are to prehistory, though, it’s difficult to know what those losses even were.

Enter the dung beetle fossils. Schweiger and Svenning found they’ve become markedly smaller over the last 53,000 years, shrinking from an average length of about nine millimeters to just over six millimeters today. Most of that decrease occurred around 6,300 years ago — precisely the time when megafauna collapsed across Europe. With less food available, small dung beetle species replaced large dung beetle species.

Apart from the symbolism, this diminishment represents a loss of functional diversity. “By processing the feces of large animals,” write the researchers, “dung beetles facilitate ecosystem processes such as nutrient cycling and soil fertilization, bioturbation and aeration as well as secondary seed dispersal with advantageous effects on seed germination, plant growth and distribution.” They literally make Earth richer. Some of that potential was lost — and what remains is at risk.

An estimated 60% of the world’s largest animals are presently classified as threatened with extinction. Terrestrial mammalian body sizes are on track to become smaller than they’ve been in the last 45 million years. The declines will likely downsize dung beetle communities even more, write Schweiger and Svenning, “with strong consequences for ecosystem integrity, functioning and service provisioning.”

“To facilitate the maintenance of functional ecosystems in a human-dominated world,” they write, people ought to appreciate dung beetles and the big animals who make them possible. By protecting and restoring them, “future nature management initiatives could halt or even reverse this functional diversity loss.” Dung beetles — and nature in the Anthropocene — might flourish again.

Source: Schweiger, Andreas H. and Svenning, Jens-Christian. “Down-sizing of dung beetle assemblages over the last 53 000 years is consistent with a dominant effect of megafauna losses.” Oikos, 2018.