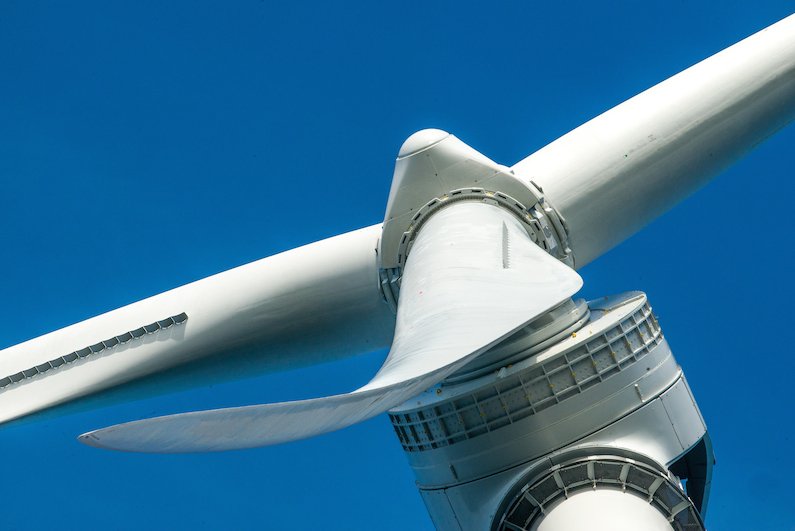 Modern Wind Turbines Are No Longer One Size Fits All

Modern turbines, which are taller and wider than previous generations, produce more energy, but tailoring a turbine's size to a specific location would maximize the economic potential of wind energy.
By Prachi Patel
May 17, 2018

When it comes to wind power, bigger is better. But we should also be smarter about using them. A new study finds that modern turbines, which are taller and wider than previous generations, produce more energy, tailoring a turbine’s size to a specific location would maximize the economic potential of wind energy.

Researchers at the VTT Technical Research Centre in Espoo, Finland, used their country as a case-study for their research published in Nature Energy.

Wind turbine sizes have exploded in recent years. The tallest onshore turbine in the US is nearly twice as tall as the Statue of Liberty at 574 feet. But the largest turbines operating today are the 9-megawatt ones spinning offshore from Aberdeen, Scotland. They are taller than the Washington monument and nearly as wide. And even bigger turbines are in the works. General Electric will soon test a 12-MW turbine that will be as tall as New York’s Chrysler building, with each blade measuring 350 feet, longer than a football field.

These steadily increasing turbine heights and blade lengths are thanks to advances in materials and in the techniques to erect turbines. They boost the power a turbine produces: longer blades sweep more area to capture more wind, and taller turbines capture faster, steadier winds higher up in the atmosphere.

Usually, when experts assess wind power potential and economics of a given area, they assume similarly-sized turbines are installed evenly spaced across the area. But modern turbine innovations disrupt this thinking. That’s because while newer, larger turbines are heavier and more expensive, design advances also make it easier to select the height and diameter of turbines.

and his colleagues divided the land area of interest into smaller cells. They assessed the wind resource for each cell, and then selected a turbine model with height and width tailored for that resource. They also excluded turbines from restricted land-use areas. Then they calculated wind energy generation potential for an older set of turbines from about 2002 and for modern turbines from 2015.

They found that new turbines generate significantly more energy per land area even though they have to placed farther apart since they are wider. So it would make sense to use fewer of these larger turbines in low-wind areas, and lay them out in a way that they don’t disrupt other land use. Meanwhile, at high-wind locations, the older turbines still made sense in terms of cost per energy but they used more land. In short, tailoring a turbine’s size and height based on terrain and wind resource could be the most cost-effective way to tap into wind power.