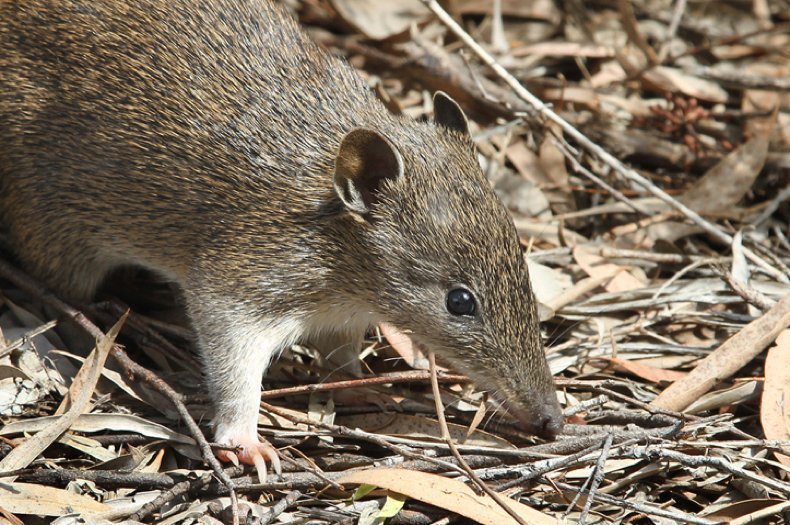 An endangered animal thrives in a novel ecosystem

On the outskirts of Melbourne, Australia are habitats unlike any found in that continent’s history. They’re thought to have minimal ecological value — yet for one endangered species, they provide very good homes indeed.
By Brandon Keim
May 2, 2018

On the outskirts of Melbourne, Australia are habitats unlike any found in that continent’s history: narrow strips of vegetation along roads, railways and drainage canals, containing a mix of native and exotic plants. Embedded in a larger landscape dominated by farming and human development, those fragments of roadside wildness are often ignored or dismissed by nature-loving people. They’re thought to have minimal ecological value — yet for endangered southern brown bandicoots, they provide very good homes indeed.

“Our results demonstrate the potential significance of novel habitats for conserving threatened species within heavily-modified landscapes,” write researchers led by ecologist Sarah Maclagan of Deakin University, “and encourage us not to judge the quality of habitats on their novelty alone.”

Maclagan and colleagues’ study was published in the journal Biological Conservation and adds to a growing body of research on so-called novel ecosystems. Shaped by human activity and found over ever-larger parts of our anthropogenically altered Earth, these spaces contain historically unprecedented mixes of species and physical influences. Some conservationists have argued that novel ecosystems represent potentially rich repositories of biodiversity; others have been disconcerted by the potential for fetishizing human activity and impoverishing our ideals for nature.

For all the debate, write Maclagan’s team, which included fellow Deakin University ecologist Euan Ritchie and Terry Coates of Royal Botanic Gardens Victoria, much remains unknown. Some studies have found that novel habitats around Australian cities support richer populations of threatened species than do relatively intact habitats. It’s also possible, though, that they function as ecological traps, attracting animals but proving unsuitable for their long-term success.

“To truly evaluate the potential of novel habitats to support threatened species, studies need to go beyond simple documentation of species occurrence,” wrote the researchers, who conducted year-long surveys of southern brown bandicoots along five strips of roadside vegetation and two large protected areas. The roadsides featured a mix of native trees as well as exotic shrubs and grasses considered unwelcome weeds in Australia, and also hosted populations of red foxes, cats, and black rats — animals usually viewed as invasive predators who need to be killed in order to protect species like bandicoots. Managment of the protected areas included predator-control programs, and those sites were dominated by native plants.

Southern bandicoots proved to be more than twice as abundant in the weedy novel spaces than in the protected areas. The researchers’ observation rates “include the highest ever reported for this species,” they wrote. And while abundance alone is no guarantee of health, other metrics suggested that southern brown bandicoots are flourishing in their new homes. They were physically healthy, reproductively successful, and appeared to be establishing residences rather than just passing through. “Our results confirm the potential for highly-modified, novel habitats to support threatened species,” wrote Maclagan’s team.

Which isn’t to say that southern bandicoots are in the clear: threats and uncertainties do remain. Those novel roadsides are small and spatially isolated, and may be prone to genetic bottlenecking. Well-meaning attempts at controlling weeds and predators could also backfire. Blackberries, for example, seem to provide valuable food and shelter, and if people succeed at exterminating rabbits — another non-native mammal “pest” — foxes could turn their predatory attentions to bandicoots. Pollution and habitat development are also an ever-present threat.

Far from being impoverished ecological traps, then, some novel ecosystems may be an important new terrain for conservation.

Source: Maclagan et al. “Don’t judge habitat on its novelty: Assessing the value of novel habitats for an endangered mammal in a peri-urban landscape.” Biological Conservation, 2018.