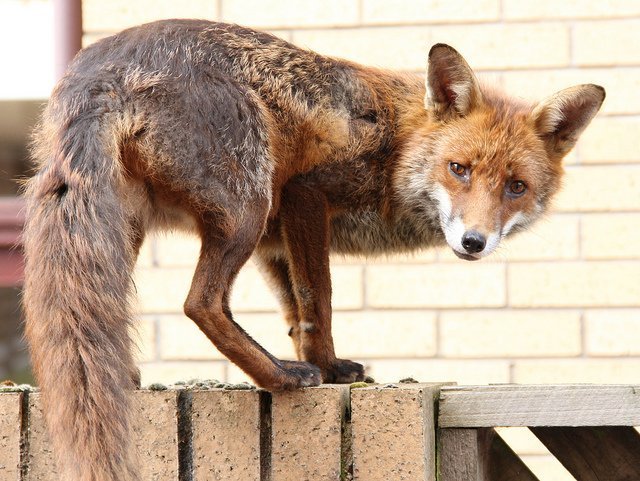 The unsung contributions of urban scavengers

Urban scavengers such as gulls, crows, and foxes so fantastically efficient at removing roadkill from cities that we may be drastically underestimating the number of animals killed by vehicles.
By Sarah DeWeerdt
May 29, 2018

Urban scavengers such as gulls, crows, and foxes are fantastically efficient at removing roadkill from cities, spiriting away small carcasses within hours. In fact, they are so good at what they do that we may be drastically underestimating the number of animals killed by vehicles. These conclusions come from a study conducted in Cardiff, Wales and published in the Journal of Urban Ecology.

Researchers from Cardiff University installed motion-sensing cameras at six sites in residential neighborhoods and six sites in parks and public gardens. They placed chicken heads near each camera to simulate roadkill the size of a small rodent or bird.

The different species divided up the roadkill resource with varying foraging strategies. Gulls mostly scavenged in the residential areas, while crows frequented the parkland. Foxes and domestic cats only scavenged at night, while the birds were active at dawn and during daylight hours.

Birds removed 51 of the roadkill carcasses, and mammals 28. In 11 cases, the scavenger took the carcass so quickly that it was gone before the camera even started rolling. (The researchers suspect that gulls were responsible, because this sort of quick swipe is the birds’ m.o.).

Roadkill removal was equally likely and prompt in residential and parkland habitats. But time of day has a big effect on the process: carcasses placed at 9 a.m. disappeared about four times faster on average than those placed at 9 p.m. And just over half of the carcasses were removed between 7 a.m. and 11 a.m.

Those results suggest a possible bias in scientific studies of roadkill. Most wildlife deaths from vehicle strikes occur overnight or around dawn, and most scavenging happens in the early morning hours. Unless scientists also conduct roadkill surveys early in the day, they are likely to miss a substantial fraction of small carcasses. Existing studies may underestimate wildlife killed by cars by three- to six-fold, the researchers say.

That’s stunning because existing estimates already suggest that roads and cars take a heavy toll on wildlife populations. For example, over a million vertebrates are thought to be killed on roadways every day in the United States alone.

Getting an accurate roadkill count is important for other reasons, too. Such studies are used to gauge urban wildlife distribution and population sizes, and to help determine where to put mitigation measures such as green bridges that allow wildlife to cross roads safely.

Although roadkill removal by scavengers may cause some scientific uncertainty, in the end it’s a valuable ecosystem service. When scavengers eat roadkill, they remove a health risk from our cities and save us the trouble of cleaning up our own mess.

Yet many people think of scrappy urban scavengers like gulls, crows, and foxes as undesirable species. “All of the wild species observed scavenging during the course of this study are treated as ‘pests’ in towns and can be culled, under specific circumstances,” the researchers write. “It is ironic, perhaps, that such a vital yet often overlooked ecosystem function is performed by some of the most heavily persecuted native species in the UK.” In fact, there’s no perhaps about it.