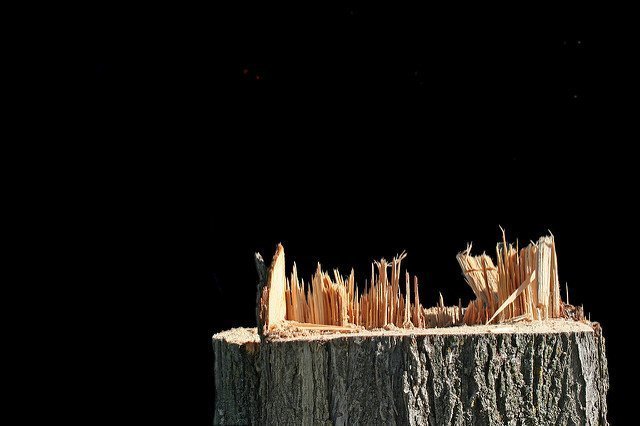 U.S. cities are losing trees just as they discover their benefits

U.S. cities are losing 28.5 million trees every year, the equivalent of 138,000 acres of urban forest, according to a new analysis by U.S. Forest Service researchers.
By Sarah DeWeerdt
May 15, 2018

U.S. cities are losing 28.5 million trees every year, the equivalent of 138,000 acres of urban forest, according to a study published in the journal Urban Forestry & Urban Greening.

The analysis by U.S. Forest Service researchers is the most comprehensive attempt yet to gauge the overall condition and trends of the nation’s urban forest. And the results are sobering, given increasing evidence about the benefits of trees for the physical and mental health of city dwellers.

The researchers analyzed 50,492 pairs of high-resolution aerial photos from Google Earth taken roughly 5 years apart. The photos depicted 1,000 randomly selected points within cities and developed areas in all 50 states and the District of Columbia. (In Alaska, only 492 of the selected points had the image quality required for further analysis.)

The researchers determined the land use category depicted in each photo – tree cover, impervious surface, and so on. Then, they calculated how the percentage of points in each category changed over time.

Urban tree cover helps keep cities cool and filters stormwater runoff. Pavement, meanwhile, tends to increase air temperatures – known as the urban heat island effect – and intensifies runoff. So these trends translate into a one-two punch for urban areas: cities are losing the benefits of trees at the same time that the challenges from impervious surfaces are increasing.

Overall, urban areas in the conterminous United States averaged 39.3% tree cover in 2014, according to the new analysis. At first glance, that looks like an increase from a previous Forest Service estimate of 35.0% in 2005. But the difference is largely due to the ongoing expansion of cities – that is, formerly rural trees have become urban. The new study shows that established urban areas are losing trees.

There are two strategies to reverse this trend: plant more new trees in cities, or protect existing urban trees. “Management efforts to minimize the loss of existing trees would likely be the most beneficial in efforts to sustain or enhance tree cover,” the researchers write. “Enhancing planting or regeneration rates would also be beneficial in stabilizing or reversing this trend, but newly established trees will take time to reach their potential and often have relatively high mortality rates.”

That’s solid logic, of course. But it sets up a potential conflict with cities’ efforts to increase urban density – which itself will have climate and human health benefits. How do you increase density while not just saving space for trees in the abstract, but preserving the hard-working mature trees that already exist?