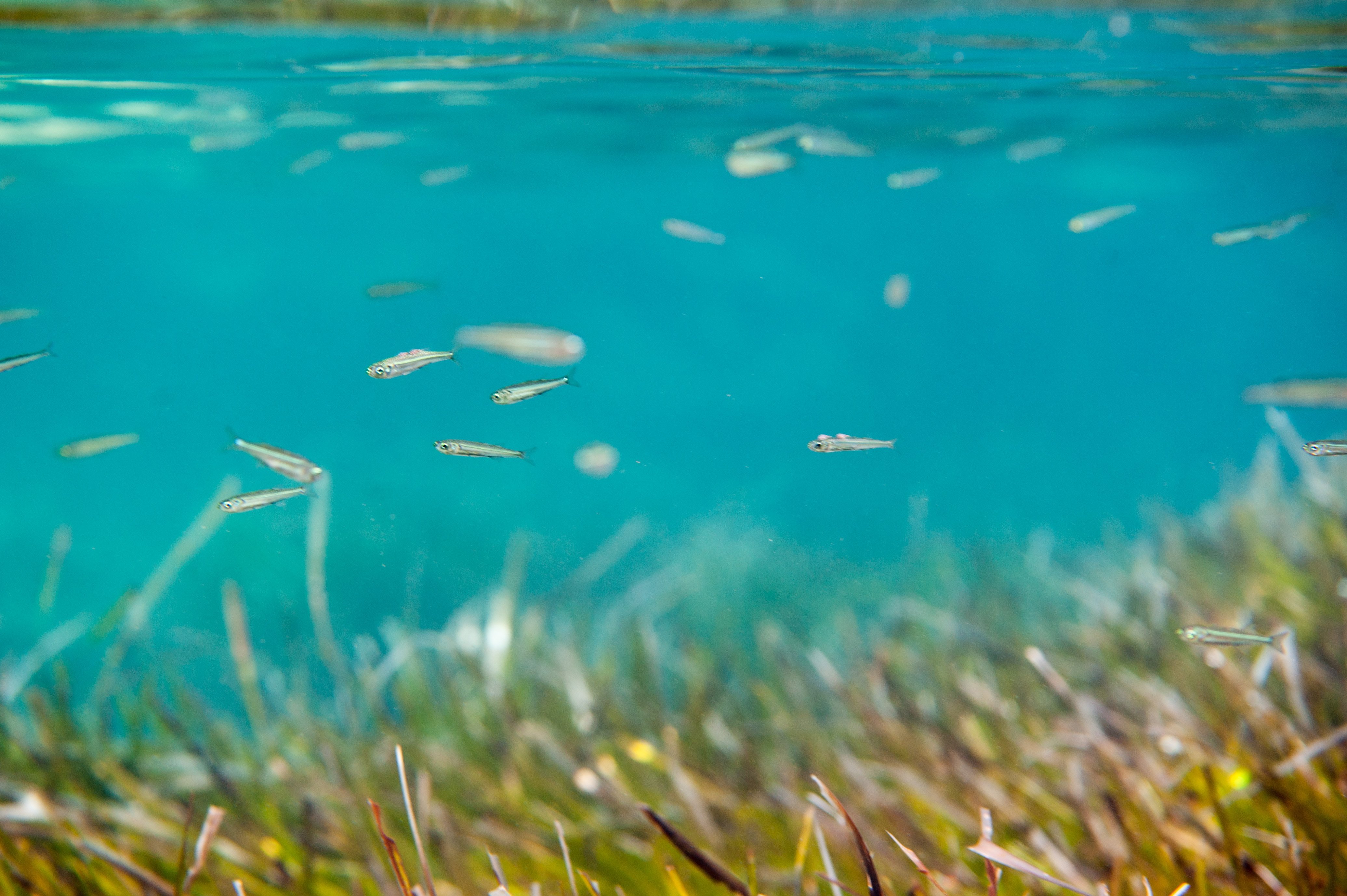 Without seagrass we’d lose one-fifth of our biggest fisheries

To protect our future fish stocks, we need to get better at protecting seagrass too, a new study urges.
By Emma Bryce
May 25, 2018

Seagrass–the aquatic plant that forms lush, flowering, undersea meadows–underpins the survival of the 25 most-fished species on our planet, a new study finds. Writing in Conservation Letters, a team of researchers says that if these fragile ecosystems succumb to the multiple threats they face, it would lead to certain decline in fish stocks that could threaten global food security.

The 72 known species of seagrass carpet coastlines across the planet, providing a safe nursery habitat and a source of food for baby fish. Now for the first time, through a global survey, the researchers have discovered that this habitat provides crucial support for 21.5% of the world’s largest 25 fisheries. Notably, the most-landed commercial fish globally–Walleye Pollock–relies on seagrass to support its young, the study showed. Similarly, other widely-consumed and commercially-valuable populations like Atlantic Cod and tiger prawns depend on seagrasses in the early stages of their life.

The habitat has varying importance for fish across the planet, the researchers discovered: in the Indo-Pacific an estimated 746 species use seagrass habitats; in Australasia, 486; in the Caribbean 313 species were found to be dependent on these underwater meadows to survive. In the Mediterranean alone, seagrass covers just 2% of the seafloor–and yet about 40% of fisheries landings in the region are made up of species that depend on these habitats for their survival.

The study also highlighted the extent to which smallscale fishers depend on these easily-accessible ecosystems for food (seagrass meadows typically occur in shallow coastal waters). For these fishers, the meadows aren’t only a source of finfish, but often of creatures like worms and crustaceans that are either used to supplement human diets, or repurposed as bait to catch bigger fish.

Worryingly, much of this informal fishing goes unreported, and therefore isn’t included in fisheries statistics–meaning seagrass meadows are likely facing threats we haven’t even measured yet. That would be in addition to destruction by coastal development, pollution from runoff, and damage by recreational boats and fishing trawlers that have already destroyed 7% of seagrass habitat globally. Another looming threat is climate change, which is warming coastal waters in many parts of the world, and placing pressure on the growth of these undersea meadows.

To make their discoveries the researchers reviewed a swathe of studies on seagrass, and built up a huge database on aquatic species that rely on this habitat. This helped them piece together a global picture showing how dependent our fisheries are on the seagrass. By linking our offshore commercial fisheries to these shallow ocean habitats, the study has become the first to demonstrate, at a global scale, the detrimental impact that seagrass destruction would have on one of our most important sources of food.

Because of this, the researchers argue that we need to significantly amp up our protections of this habitat, and recognise the key role it plays in recruiting new generations of fish. They suggest that a better case needs to be made for seagrass conservation–not just as a hub of biodiversity, but as a habitat on which our very food security depends. “To make a change, awareness of seagrasses’ role in global fisheries production must pervade the policy sphere,” the authors say.