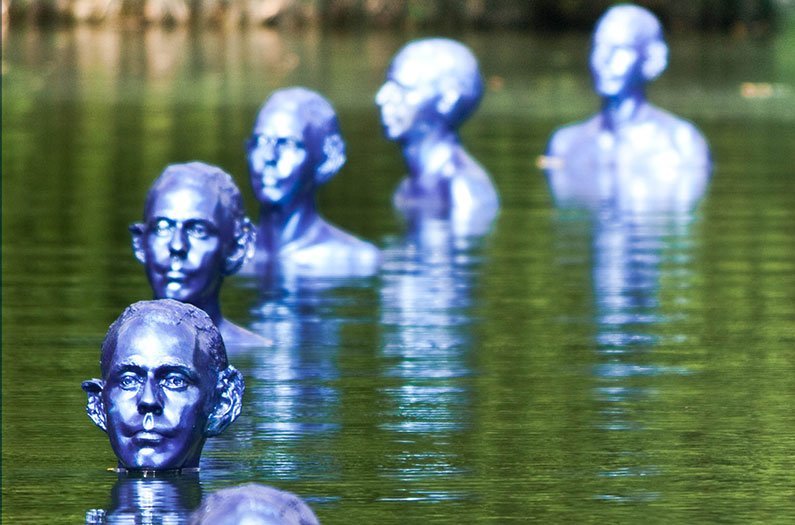 Talk of a given increase in global average temperature hides a lot of complexity, and scientific papers – let alone broader climate change discussions—rarely spell that out.
By Sarah DeWeerdt
June 12, 2018

The ideal goal of the Paris Agreement is to limit global warming to 1.5 °C above pre-industrial levels. By “warming,” scientists and policy makers mean an increase in global average, or mean, temperature. But this average hides a lot of complexity, and scientific papers – let alone broader climate change discussions – rarely spell that out.

“Global mean temperature is a construct,” an international group of researchers writes in a paper published last week in Nature – which has got to be one of the more postmodern sentences ever to be published in the prestigious science journal. “This deceptively simple characterization may lead to an oversimplified perception of human-induced climate change.”

What they mean is that the effects of a given average temperature increase depend on the pathway we take to get there, as well as how climate averages and extremes change in different regions. After all, climate change is global, but its consequences for people, economies, and ecosystems happen at the local level, and often as a result of extreme events: droughts, floods, hurricanes, and so on.

To fill out the picture of what a “1.5 °C warmer world” could look like, the researchers dug into the details of several well accepted computer climate models. Instead of focusing on the average warming these models predict, they shone a light on the far extremes and the long tails of probability.

Their analysis showed that even if global average temperature only increases by 1.5 °C, the coldest nights in the Arctic are likely to be 7 °C warmer, and could be 8 °C warmer than pre-industrial temperatures. Meanwhile, the hottest days in the contiguous United States will likely increase by more than 4 °C, and possibly 5 °C.

“Highly unusual and even unprecedented temperatures may occur even in a 1.5 °C climate,” they write. So, even if we meet the Paris Agreement goal, there could be much more extreme impacts for some people and regions.

How we get to 1.5 °C – and how fast – also matters, the researchers found. Many climate models that predict this level of warming in the year 2100 include a substantial probability of “overshoot” – that is, global average temperature will breach the 1.5 °C threshold sometime this century, before falling below it again by century’s end.

This is an increasingly likely possibility because we are already so close to that threshold. The latest analyses suggest that global average temperature has increased about 1 °C since the pre-industrial era. And we’re still pumping huge amounts of carbon dioxide into the atmosphere.

Overshooting the 1.5 °C goal even temporarily could lead to permanent loss of some species or ecosystems. It would essentially mean faster warming – less time for species to move to areas that are now suitable for them, and less time for people to build adaptation infrastructure.

Finally, computer climate models are probabilistic. So a 1.5 °C scenario is actually one in which global average temperature in 2100 has, say, a 66% probability of remaining below this threshold. In other words, even if we hew to the emissions limits specified in a “1.5 °C” model from this day forward, there’s still a one-in-three chance that warming will be more extreme.

However, when the researchers analyzed the “worst-case scenarios” of climate models, they found that “the worst outcomes of the 1.5 °C scenarios are similar to the probable outcomes of the 2 °C scenarios,” they write. Another way to think of this is that if you want to avoid the worst possibilities associated with 2 °C of warming, then aiming for 1.5 °C is a pretty good strategy to accomplish that. So even though it’s more complicated than it first appears, 1.5 °C holds up as a benchmark for avoiding even bigger catastrophes.

Source: Seneviratne S.I. et al. “The many possible climates from the Paris Agreement’s aim of 1.5°C of warming.” Nature. 2018.

Image: “where the tides ebb and flow” by Pedro Marzorati. Photo by Haile F. via Flickr.