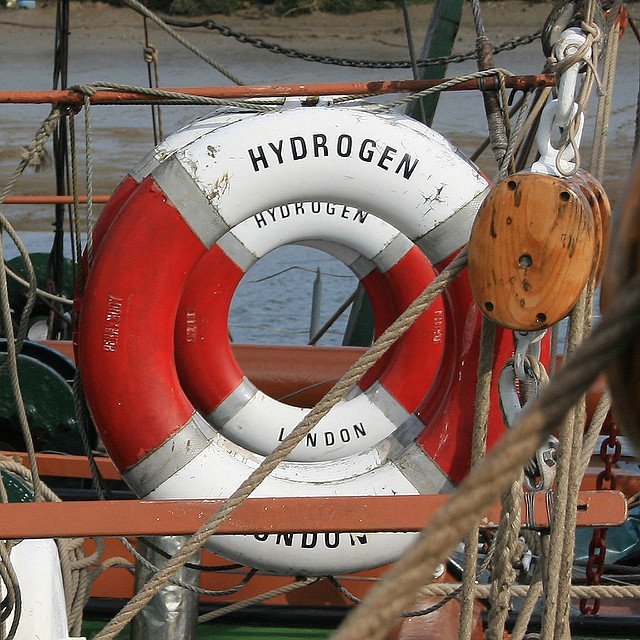 Could the hydrogen economy throw us a climate-change lifeline?

This one weird trick could remove carbon from the atmosphere and fight ocean acidification at the same time.
By Sarah DeWeerdt
June 26, 2018

According to scientists who track humanity’s greenhouse gas budget, it’s looking more and more likely that we will emit more carbon dioxide than is compatible with limiting global warming to 2 °C, let alone 1.5 °C, as envisioned in the Paris Agreement.

That reality has focused more attention on negative emissions – technologies for pulling carbon dioxide out of the air and sequestering it more or less permanently. Many attempts to model different emissions pathways and predict future climate now assume that negative emissions will be necessary to plug the hole in our carbon budget.

So far, most attention has focused on a method called bioenergy with carbon capture and storage (BECCS): grow certain trees or grasses on large plantations, harvest and burn them for energy, capture the resulting carbon dioxide, and inject it underground.

The problem is that this might not be feasible in practice. For one thing, the scale of carbon removal needed is so massive that there may not be enough land to grow bioenergy crops without putting natural ecosystems or food production at risk. And scientists aren’t sure that storing huge quantities of carbon dioxide underground will be safe and secure over the long term.

But there may be other options. According to an analysis published yesterday in Nature Climate Change, negative-emissions methods to produce hydrogen fuel could have even greater power generation and carbon storage potential than BECCS, and cost less. What’s more, negative-energy hydrogen would yield byproducts that fight ocean acidification.

Bicarbonate is an important component of seawater and is used as raw material by shell-forming organisms. One effect of ocean acidification is that bicarbonate is in shorter supply, making it more difficult for marine organisms to make shells. Negative-emissions hydrogen would replenish the ocean’s stock of bicarbonate while sequestering carbon. It’s essentially an accelerated version of a natural process, called mineral weathering, that has kept ocean chemistry in balance across geologic time scales.

By comparison, other scientists have calculated that BECCS could produce as much as 300 exajoules of energy yearly, and sequester up to 12 gigatonnes of carbon per year. The new analysis also suggests that negative-emissions hydrogen is more efficient than BECCS, in that it removes about seven times more carbon dioxide per unit of energy generated.

How much this would all cost depends on what form of renewable electricity is used. The researchers estimate that using hydropower to split water would cost 7 per kilowatt hour of hydrogen fuel produced, while using high-cost solar electricity would cost 64 cents. Carbon removal would cost between $3 and $161 per tonne, again depending on the form of energy used.

Overall, these estimates are less than or roughly equal to the cost of carbon capture and storage in fossil fuel-based systems. They are also equivalent to or much lower than the costs associated with BECCS.

On the other hand, a downside of negative-emissions hydrogen is that hydrogen fuel is not as readily used by the global energy system as the electricity produced by BECCS is. But this could change in a future “hydrogen economy” as this fuel gets more integrated into the transportation system and the energy grid.

Negative-emissions hydrogen could also have its own environmental impacts from mining minerals and water use. And it remains to be seen how well this would work in practice, especially at a large scale.

But as an argument that it’s worth exploring alternatives to BECCS, negative-emissions hydrogen looks pretty compelling. “The negative-emissions energy field is in its infancy and therefore the methods discussed here are unlikely to be the only ones ultimately worth considering,” the researchers write.