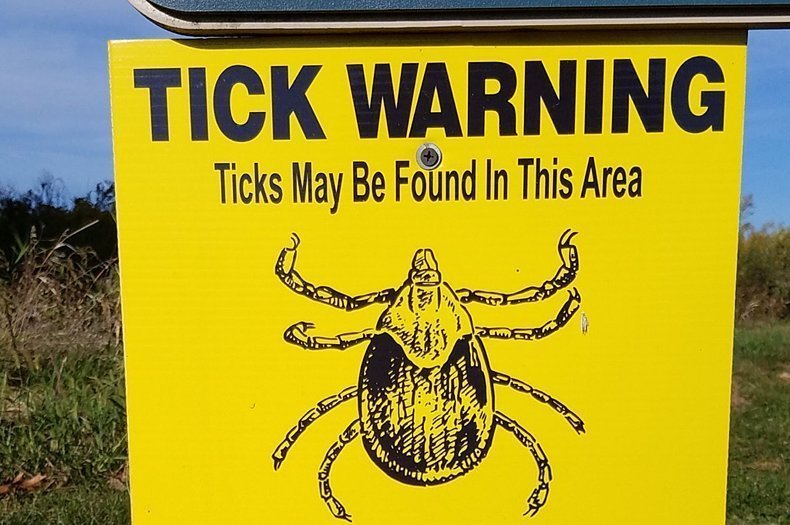 The importance of ecology in controlling ticks

As ticks and the diseases they carry become more abundant, spring’s arrival has a certain foreboding; a walk in the woods comes with a risk of infection. There’s no easy solution—but the lessons of ecology might help.
By Brandon Keim
June 20, 2018

As ticks and the diseases they carry become more abundant, spring’s arrival has a certain foreboding. What ought to be a season of delight is also a season of fear; a walk in the woods or afternoon in the garden comes with a risk of infection. There’s no easy solution — but the lessons of ecology might at least help.

In a paper published in the journal Ecology, researchers led by Rick Ostfeld of the Cary Institute for Ecosystem Studies describe what’s almost certainly the most thorough study ever conducted of ticks and the web of interactions that shape their dynamics. Across 19 years at six sites in southeastern New York — smack in the heart of the Lyme disease epidemic — the researchers meticulously counted ticks, the small mammals on whom ticks nymphs feed, the acorns that feed the small mammals, the predators who eat them, and the deer who host adult ticks. These numbers were cross-referenced with habitat characteristics and weather patterns.

The results: to begin with, periods of warm, dry weather in winter and spring were followed by reduced tick numbers, probably because they died from dehydration. The weather, of course, is outside of human control, but other relationships are not.

Tick abundance and infection rates were also closely linked to rodent populations, underscoring their importance as reservoirs for pathogens that cause Lyme disease and also anaplasmosis and babesiosis, two other diseases of growing concern. (Deer population trends, contrary to their public reputation, had little influence on tick numbers.) Where forests were fragmented, disease-carrying ticks were more abundant, likely because fragmentation reduces populations of rodent-regulating predators.

Where predator populations were diverse — containing foxes, opossums and raccoons — infected ticks dwindled, as was also the case when bobcats alone were found. And when coyotes were present, other predators were less abundant. Tick populations grew.

The results suggest that killing deer has little impact on controlling ticks, say the researchers. Reducing forest fragmentation is likely to be much more effective. Ensuring the health of predator populations could also help — and though this could be seen as justification for trying to reduce coyote numbers, Ostfeld warns that might backfire. Culling coyotes can change their breeding patterns and demographics, with populations characterized by fewer individuals and stable territories replaced by populations of younger, more-numerous individuals with smaller territories. “They could have an even more pronounced effect in reducing or displacing other predators like foxes or bobcats,” Ostfeld says.

With no vaccine available for Lyme disease and existing lawn-and-garden pesticide treatments ineffective at controlling ticks, managing landscapes with predators in mind is a potentially promising alternative. For now, though, it’s hard to say exactly what that would entail. “The science linking specific management alternatives to predator abundance is lacking,” says Ostfeld. “This is an area ripe for more research.”