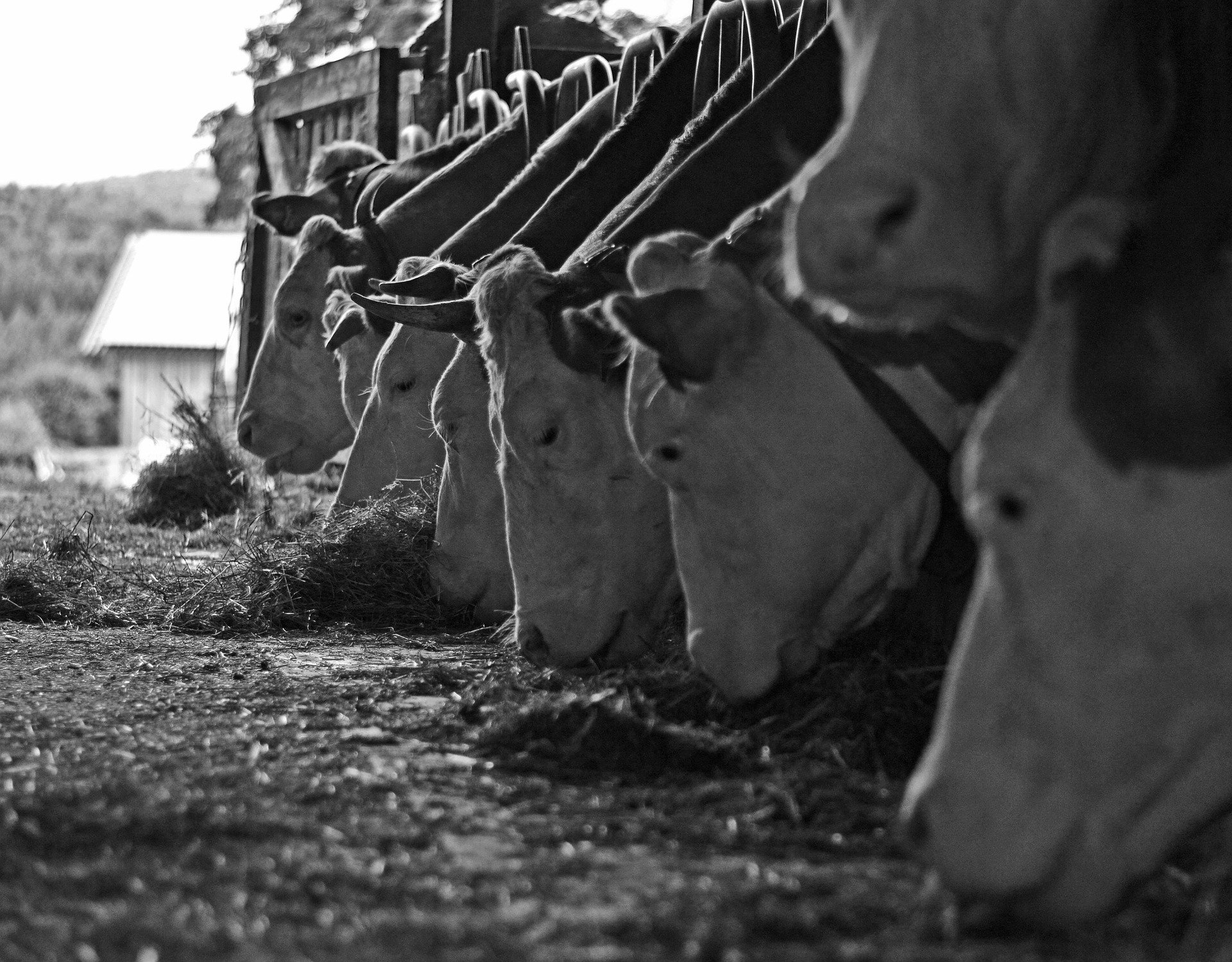 ‘Farming’ microbes to feed cows could save land and cut emissions

What if we could produce animal feed from microbes farmed in vats—saving vast tracts of land from conversion into crops? A new study explores the benefits and limitations of that idea.
By Emma Bryce
June 29, 2018

Replacing traditional crop-based animal feed like soybeans, with food made from microbes, could save several hundred million hectares of land, a new study finds.

While this might seem futuristic, the idea actually goes back to the 1970s. That’s when scientists first started growing huge quantities of bacteria, yeast, fungi, and algae at industrial scales in large fermenting vats, providing them with sugar, natural gas or hydrogen gas as an energy source. The fast-growing microbes could then be dried and converted into a protein-rich powder for farm animals to eat. But five decades ago the technology was neither advanced enough, nor economical enough, to compete with regular crop-based feed.

Now, writing in the new Environmental Science & Technology study, researchers use a model to show that if we embrace increasingly sophisticated technologies to amp up the production of this microbe-based protein, replacing even just 2% of global crop-based feed could have huge environmental benefits. This small conversion would decrease cropland area by 6%, equivalent to all the cropland in China, according to the researchers. This would bring about an 8% reduction in nitrogen losses from the soil (nitrogen is essential for plant growth but crops like soybeans take more than their fair share from the soil). Overall, this tiny conversion of regular crop-based feed to microbial proteins would also make a striking 7% reduction in greenhouse gas emissions, as factors like fertilizer application decrease.

The major benefit of producing microbes for food is that today, technologies have enabled us to cultivate kilos and kilos of this protein, rapidly in a small space. And yet, it has pros and cons for the environment. For instance, using sugar as a food source for microbes is still reliant on growing sugarcane crops, which impacts the land. On the other hand, hydrogen gas as a food source removes the need for cropland because most of this energy is produced from natural gas and oil. But those energy sources come with their own set of environmental caveats. (Though, new technologies are under development to extract hydrogen from cleaner sources like water and recycled biomass.)

One promising solution, the researchers write, would be to transform waste products into a sustainable source of energy for microbes. Food waste, as well as leftover biomass from farms such as dead plant matter, wood chips, and manure, could all be recycled into fuel for microbes–producing a double win for the environment.

The researchers made their findings by using models to simulate the impact that more microbial protein production would have on the planet, up until 2050. By factoring in different energy sources–hydrogen, sugarcane, biogas, and synthetic gas–they could measure how it would alter land-use, greenhouse gas emissions, and nitrogen richness in the soil.

But one major global sticking point is that 33% of the world’s cropland is now used solely to grow food for cattle, pigs, and chickens. Turning microbes into food could therefore be one crucial way to free up this land for better use–like the preservation of global forests and their biodiversity.