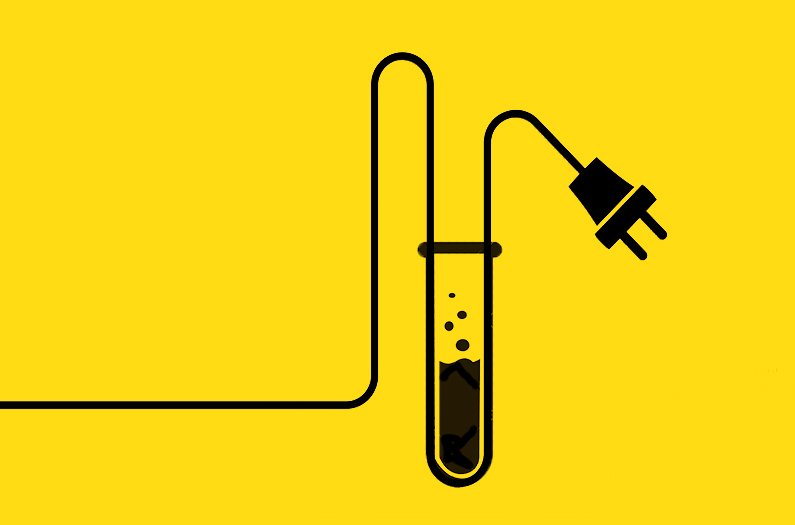 A new kind of solar cell uses bacteria instead of silicon to convert sunlight into electricity. It could lead to a cheap, sustainable way to generate electricity even when skies are overcast or the light is dim.
By Prachi Patel
July 19, 2018

A new kind of solar cell uses bacteria instead of silicon to convert sunlight into electricity. The proof-of-concept reported in the journal Small could be a cheap, sustainable way to generate electricity. And it could work even when the skies are overcast or the light is dim.

Many bacteria convert sunlight to energy using photosynthesis, just like plants. They use special dyes to do this, and the dye compound varies by the species of microbe.

Researchers have in the past tried to extract these dyes and use them in solar cells. But the process is expensive and complex. It also requires toxic solvents that destroy the bacterial dyes.

Chemical and biological engineer Vikramaditya Yadav and his colleagues at the University of British Columbia decided to keep the dye in the bacteria and let the microbes produce electricity. They genetically engineered E. Coli to make the bugs overproduce the photosynthetic pigment lycopene. Then they coated the pigment-producing cells with tiny nanoparticles of the semiconductor titanium dioxide.

The researchers deposited the semiconductor-coated cells on a glass surface, where it acts as one of the electrodes of a solar cell. The cells had a current density of 0.686 milliamperes per square centimeter, twice that of similar biogenic solar cells others have previously made. The efficiency with which they converted light to electricity remained the same under bright and dim light conditions.

“We recorded the highest current density for a biogenic solar cell,” said Yadav. “These hybrid materials that we are developing can be manufactured economically and sustainably, and, with sufficient optimization, could perform at comparable efficiencies as conventional solar cells.”

The bacterial solar cells are still a long way from meeting that goal. But they have the advantage that they can work in dim light conditions, which makes them useful for producing solar power in places with overcast skies, and also for deep-sea exploration and mining. Plus, they do not require expensive materials or complex methods to make.

For now, the researchers are trying to find a way to make the bacteria survive for longer.