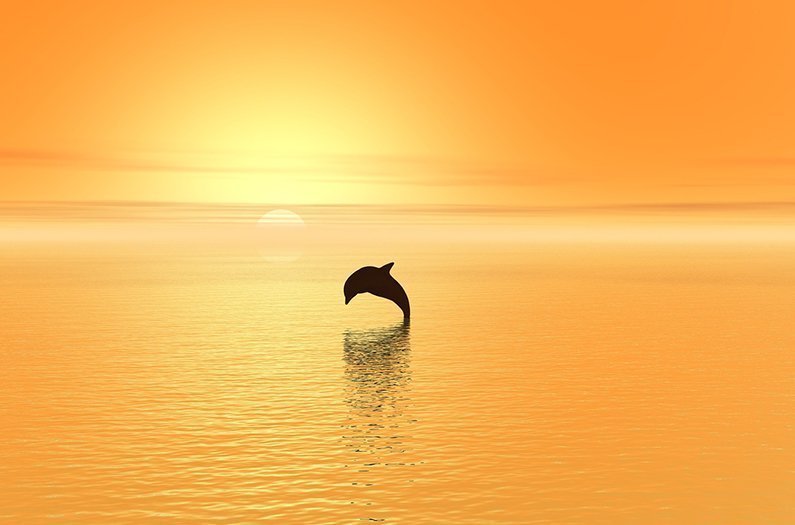 Do dolphins grieve? Rethinking conservation in the Anthropocene

Whales and dolphins are often observed attending to dead companions with something that looks like bereavement. So what does that mean to us—and to conservation in the 21st century?
By Brandon Keim
July 4, 2018

It’s a fluke of historical circumstance that modern ideas about nature and the environment took shape at a time when science mostly ignored the minds of animals.

That blind spot is now being filled, as contemporary ethology and comparative cognition illuminate the inner lives of others — including whales and dolphins, some of the most beloved creatures around, who are often observed attending to dead companions with something that looks like bereavement.

Do they, in fact, feel grief? And if so, what does that mean to us — and to conservation in the 21st century?

“Interpreting animal behaviour as grieving has long been taboo in science,” write researchers in the journal Zoology. “Still, such interpretation and wording has become increasingly accepted.”

Led by biologist Giovanni Bearzi of Dolphin Biology and Conservation in Pordenone, Italy, the researchers review 78 scientific accounts of what they call post-mortem attentive behavior in cetaceans: individual whales or dolphins remaining with the bodies of dead members of their species, frequently staying in close physical contact and even keeping them afloat for days.

“Among the possible explanations,” they write, “are strong attachment resulting in a difficulty of ‘letting go.’” Were they observed in humans, similar behaviors would readily be recognized as grief — and certainly whales and dolphins share with us many of grief’s neurobiological underpinnings.

Yet their experience of grief is still only a possibility, stress Bearzi and colleagues, not a certainty. That caution reflects the data’s limits: 78 records isn’t enough to draw conclusions, and in some cases — as with male dolphins “attending” to infants they’ve just killed — the behavior “may be something completely different,” Bearzi says.

Just 20 of 88 cetacean species appeared in those records, more than half of which described bottlenose and humpback dolphins. They’re especially large-brained and social, suggesting that such capacities and life histories help facilitate grief’s evolution. Yet it would be a mistake, says Bearzi, to assume that species missing from the data don’t possess those feelings.

They might express it in other ways or have gone unobserved. After all, most records involved behaviors visible from a boat; what happens underwater, where cetaceans spend the vast bulk of their lives, is largely hidden from our sight. And some whale species haven’t even been documented alive in the wild. They’re known entirely from washed-up bodies.

That said, some cetacean species may indeed not grieve at all — or, among those who do, the capacity may be concentrated in particular sexes or individuals. Most of the cases reviewed by Bearzi’s team involved females.

In short, grief and its possibilities are complicated. Tempting as it might be for people who the emotional capacities of animals as another reason to protect them, one more persuasive than arguments about biodiversity or aesthetics, one can’t describe cetaceans with broad-brush strokes. And to Bearzi, such reasoning may backfire.

“Our desire to protect animals and biodiversity should not rest on whether animals behave like we do. They may behave very differently,” he says, “and still deserve being protected. I shiver when I see people appreciating animals exclusively because of some human-like feature they have.”