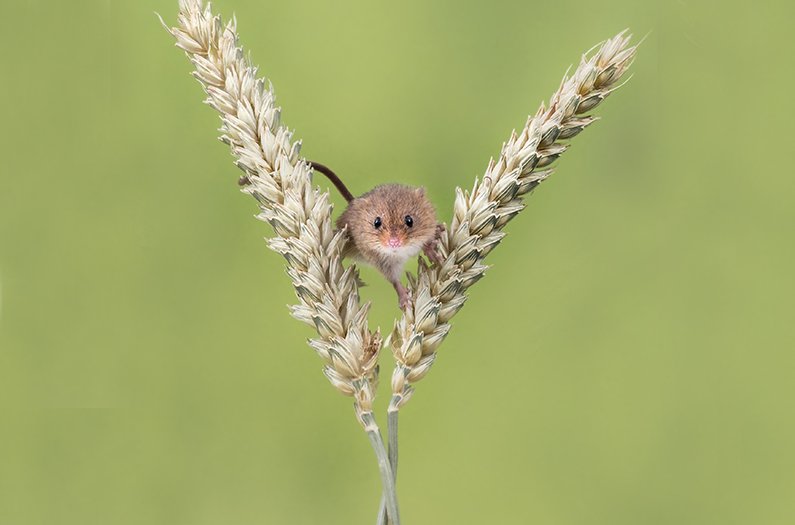 As ever more people make the ethics of harming animals central to their dietary choices, the number of wild animals killed by farming is an essential piece of information. A precise figure, however, is surprisingly difficult to find.
By Brandon Keim
July 18, 2018

As ever more people make the ethics of harming animals central to their dietary choices, the number of wild animals killed by farming is an essential piece of information — a figure that could inform ethical calculations, guide consumer decisions, and shape environmental research. A precise figure, however, is surprisingly difficult to find.

“We know that animals are harmed in plant production,” write philosophers Bob Fischer and Andy Lamey, respectively of Texas State University and the University of California, San Diego, in the Journal of Agricultural and Environmental Ethics. “Unfortunately, though, we know very little about the scale of the problem.”

That uncertainty stands in stark contrast to counts of animals consumed as meat and product: in the United States, an estimated 40 million cattle, 120 million pigs, and 9 billion chickens are killed each year. (The numbers are hazier for fish, who tend to be counted by weight rather than individually, but the final tally is likely several times higher than that of chickens.)

That mortal toll and the environmental burden of feeding those animals has pushed many people towards plant-based diets. Yet wild animals are killed in producing those plants, and their accounting is decidedly unrigorous.

Perhaps the most extensive empirical information, write Fischer and Lamey, comes from a 2003 paper that estimated the average number of field deaths at about six per acre. That figure was extrapolated from earlier studies on rodent deaths during grain and sugarcane harvesting. Another oft-cited figure comes from an Australian finding of 40 mouse deaths per acre of grain. Wild bird, reptile, amphibian, and freshwater fish deaths are trickier to pin down but likely amount to a small fraction of the overall total, which Fischer and Lamey estimate at 7.3 billion wild animal lives.

That’s a rough estimate, to be sure, not a rigorous figure, but it would put plant agriculture’s toll in the same ballpark as industrial animal consumption. “Traditional veganism,” say Fischer and Lamey, “could potentially be implicated in more animal deaths than a diet that contains free-range beef and other carefully chosen meats.”

Not so fast, though. Generalizing from those studies is a “dubious” task, declare the philosophers: their counts were specific to certain species and harvesting methods, and the Australian study appears skewed by a misunderstanding of mouse population dynamics. Other research has found that animals who appear to have died during harvesting may in fact move to natural areas between fields. “Crop cultivation often has no effect on whether field animals live or die,” write Fischer and Lamey, and that earlier estimate of 7.3 billion “is clearly too high” — perhaps dramatically so.

The uncertainty is further magnified by philosophical questions. Does it make a difference, ask Lamey and Fisher, whether the animals killed during plant production in fact owe their existence to the food-rich, low-predator niche created by agriculture? How should their deaths be compared to chickens or pigs who spend their entire lives in confinement? How should deaths resulting from predators taking advantage of post-harvest dislocation be compared to those caused directly by humans and machinery?

Fischer and Lamey don’t answer those questions, except to say that they may “seriously alter the way we think about the scope and severity of field animal mortalities.” They’re especially relevant to the argument that it’s better, on pure animal-welfare grounds, to eschew plant-based diets in favor of diets containing ethically-raised, free-range animals. The numbers don’t seem to support that position, though the calculations may become trickier again when incorporating the abundance and diversity of wild animal communities present in different food-production landscapes.

The philosophers don’t claim to adjudicate all these tensions. Their paper, says Fischer, is simply intended to call attention to the complexity of these issues. “We want the philosophical conversation to change,” he says. “We’ve all been sloppy here.”

More research is needed to ascertain the impacts of agriculture on wild animals. A better empirical foundation could then encourage people to support wildlife-friendly farming methods, from non-lethal pest control to habitat management and even indoor farming. And where these methods overlap with traditional environmental goals — indoor farming in particular, though presently unworkable for most field crops, has stirred hopes of radically reduced land and resource use — the moral imperative would be that much stronger.

“Agriculture has taken a wide variety of forms throughout history,” write Fischer and Lamey. “Current trends would seem to raise the serious possibility that plant agriculture might someday kill very few animals—perhaps even none.”

Source: Fischer, B. and Lamey, A. “Field Deaths in Plant Agriculture.” Journal of Agricultural and Environmental Ethics, 2018.