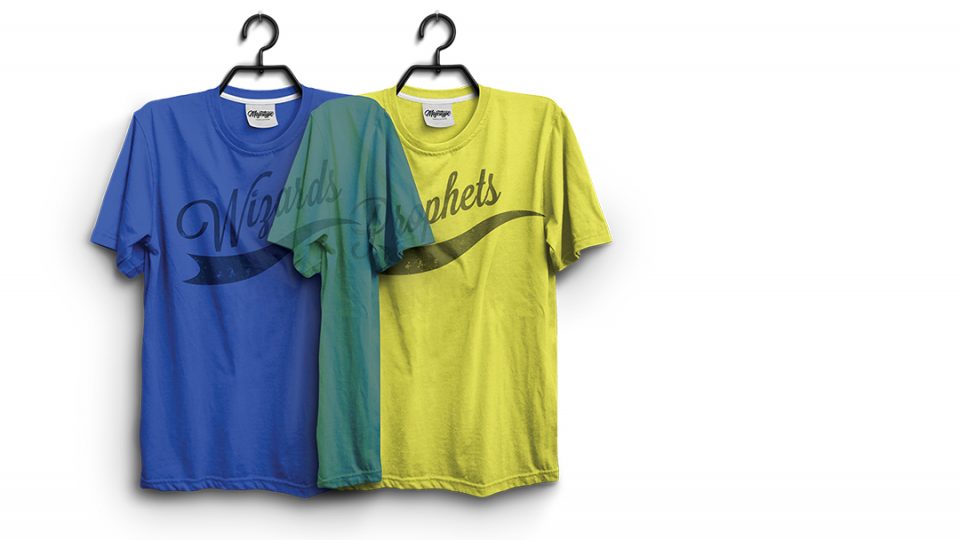 On Wizardly Prophets
and Prophetic Wizards

A review of The Wizard and The Prophet by Charles Mann 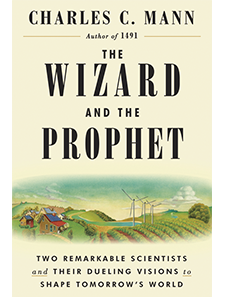 Charles Mann is the rarest of science journalists, one who manages to not only characterize but also advance the science he writes about. His latest tome takes on a subject familiar to many: the ancient feud between wizards, those who believe that the world’s growing population and affluence can be accommodated through the wise application of technology, and prophets, those who believe that lacking significant downscaling of human numbers and appetites, we are doomed.

Mann is relentlessly even-handed. He credits prophets for having opened our eyes to the consequences that modernization and industrialization have wreaked upon the natural world and the risks that continuing unreflective development might pose to human societies in the future, while not mincing words about the many decades of apocalyptic forecasts that have serially failed to materialize. He similarly recognizes the extraordinary accomplishments of twentieth-century wizards while reminding his readers of the many ways in which their visions of abundant futures have yet to be fully realized.

It is always easier to caricature one’s nemesis than grapple with the limitations of one’s own agenda.

If there is a weakness in his approach, it is the weakness that comes with any binary treatment of a complicated subject. The prophet of the title, William Vogt, a mostly forgotten mid-century ecologist whose best-selling jeremiad Road to Survival created a minor sensation in the late 1940s and prefigured books such as The Population Bomb and The Limits to Growth in the 1960s and 1970s, mostly plays to type. Vogt committed suicide in the late 1960s, despairing that his warnings had not been heeded.

But the wizard, Norman Borlaug, the great agronomist and Nobel recipient who is widely revered as the father of the green revolution, was no cornucopian. Born and raised in poverty on a small Iowa farm, Borlaug knew firsthand how difficult it was to scrape sustenance from the land. “The green revolution,” Borlaug acknowledged in his Nobel lecture, “has not transformed the world into Utopia. None are more keenly aware of its limitations than those who started it and fought for its success.”

Nor was he sanguine about the challenge of raising food production sufficiently to keep up with continuing population growth. “The frightening power of human reproduction must also be curbed,” he warned his audience, “otherwise the success of the green revolution will be ephemeral.” And his description of growing cities in the developing world, “the grotesque concentration of human beings into the poisoned and clangorous environment of pathologically hypertrophied megalopolis” would not have been out of place in Paul Ehrlich’s The Population Bomb.

While neo-Malthusian predictions of overpopulation and resource scarcity have mostly gone out of fashion, most wizards I know worry tremendously about climate change and many further global ecological threats. More often than not, prophets these days, too, turn out to be rather enamored of technology. Yes, many still warn about the folly of relying too heavily upon the technological fix. But those warnings are almost always followed by a long list of ideologically approved technological solutions—solar panels and wind turbines, hermetically sealed zero-energy homes, electric vehicles and high-speed trains, anaerobic digesters and biochar.

There are still deep disagreements that transcend the rhetorical. Prophets pair great faith in bureaucratic capabilities to regulate human social and economic activities in centralized fashion with great skepticism about technocratic capabilities to deploy and responsibly manage technology. Wizards are prone to deploy their faith and skepticism in precisely the opposite pattern.

Prophets tend to prefer new technologies that they imagine might harmonize human societies with the natural world. They like solar panels, windmills, and organic agriculture because all are limited by natural energy flows or soil productivity. The sun, the wind, and the soil can only produce so much food and energy; but if you tend to them wisely, they can never be exhausted. Wizards more often look to technologies that modify more fundamental physical units—think atoms through nuclear energy and DNA through GMOs—to raise limits that they are prone to view as less than fixed.

Both camps tend to deploy their convictions with greater confidence than the available evidence merits. Decades of claims and counter-claims about the carrying capacity of the planet—as Mann would have it, where exactly the “edge of the petri dish” lies—have failed to resolve the question scientifically.

That is in no small part because the question of carrying capacity is ultimately so complicated and subject to the assumptions of its interlocutors that it will easily yield whatever answer one wishes to discover. Prophets argue that human civilizations flourished during relatively stable climatic and ecological conditions that characterized the Holocene. Hence we should endeavor to maintain those conditions.

Not so fast, say many wizards.

Humans have experienced greater well-being over the past 300 years, since the dawn of industrial revolution, than at any prior period of human history. That period has been characterized by global temperatures and other biophysical conditions that have been at the very edge, or even outside of, those experienced during most of human evolutionary history. So who is to say that humans won’t do just fine on a hotter planet?

The imprecision of either claim is evidence of just how unlikely it is that any of these sorts of arguments will be resolved empirically. Ascertaining where, proximately, such limits may lie and what might be required to avoid transgressing them requires foreknowledge that we simply don’t have. Will human numbers peak? If so, when and at what level? Are our appetites for material goods and services endless, or is there some point at which most of us decide we have enough?

With cheap fission, and ultimately fusion energy, many wizards ask, why shouldn’t humans continue to thrive at current levels of population and consumption? It certainly won’t be because we run out of energy. And with enough cheap clean energy, we can solve most other environmental problems, too. Humans have, over many tens of thousands of years, dramatically raised Earth’s carrying capacity. A planet that was once able to support perhaps a few million humans today is capable of supporting 7 billion. So how confident should we be in present-day estimates of carrying capacity?

The answer for prophets is precaution. Given that there are unknowable but probably catastrophic risks of exceeding planetary boundaries, we shouldn’t risk crossing them. But remedies of this sort are more easily offered than implemented and bring a range of confounding trade-offs. Several billion people globally still live in deep agrarian poverty. Rising incomes bring higher per capita consumption but also lower fertility rates. A wealthier planet is one that is able to invest in cleaner, less resource-intensive technologies. It will also be more resilient to climate change and other global environmental threats.

A world that is poorer, more populous, and lower-tech may ultimately turn out to be one that is every bit as unsustainable as one that is richer, less populous, and higher-tech. And the notion that the world might formally decide to limit human consumption in orderly and equitable fashion is, in the end, no less preposterous than the idea that a high priesthood of scientists and technocrats might save us through the wise application of technology and infrastructure.

Still, the temptation to caricature wizards as mad scientists bent upon despoiling the earth, and prophets as hair shirt–wearing Luddites, is too often irresistible—even as most wizards today acknowledge, at least implicitly, that the prophets have a point, and vice-versa. It is always easier to caricature one’s nemesis than grapple with the limitations of one’s own agenda.

In the end, neither the notion that we might solve our ecological challenges simply by dramatically downscaling consumption nor its antonym, that technology alone will save us, holds up well to much scrutiny. Clearly, human population and material consumption will need to peak and decline at some point in the current century to avoid, if not catastrophe, the transformation of the planet into a fully artificial environment. And clearly, substantial technological change will also be necessary to sustain an ecologically vibrant planet. Wizards and prophets may continue to disagree on the best pathway to either eventuality. But recognizing that both eventualities will likely be necessary is at least the starting point for a conversation that might take us beyond our ancient feud. 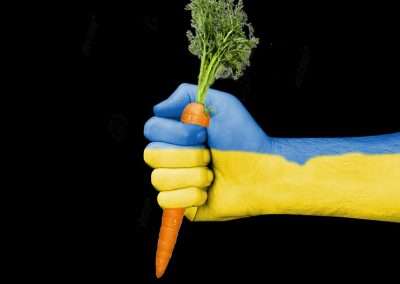 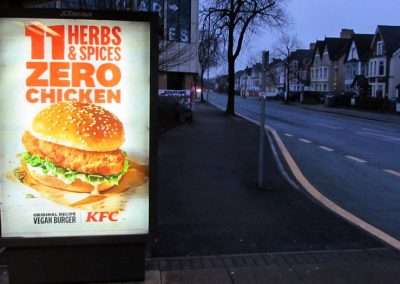 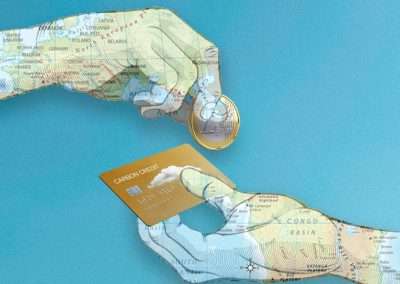 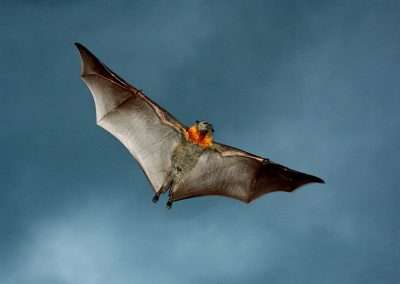