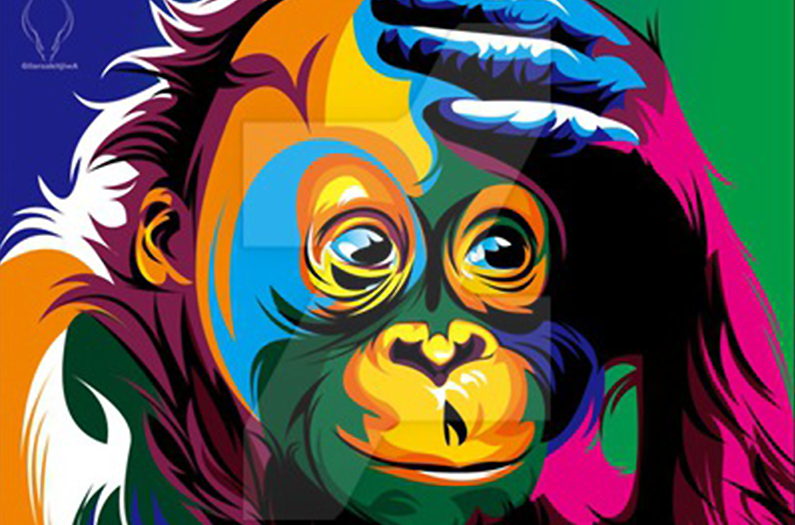 When conservation steps out of the wild and into the Anthropocene

Orangutans are a conservation emblem, a species whose plight brings to mind moonscape clear-cuts and the urgent need to protect what pristine forests remain. Yet this picture may be too simplistic: saving orangutans from extinction, say some conservationists, is less about protecting habitat than learning to share it.

“Orangutans retain their status as symbols of fragile, untouched nature,” write researchers led by Stephanie Spehar of the University of Wisconsin Oshkosh in the journal Science Advances. It’s a conception that actually hinders conservation, they say, and delays a necessary “shift from a paradigm of isolated islands of protection to one of broad coexistence.”

Spehar and colleagues begin their article by reviewing the natural history of these great apes, who are presently found only on the islands of Borneo and Sumatra but once lived throughout southeast Asia. They didn’t just survive in dense rain forests, as they do now, but in other habitats as well — a fact that suggests their considerable adaptability.

One explanation for their range contraction is climate change-induced shifts in vegetation, but the researchers find this unpersuasive. After all, orangutans weathered other such changes. A more compelling explanation is human proliferation: the fossil record shows that, again and again, the arrival of humans was soon followed by local extirpations.

Adaptable as orangutans might be, their extremely slow reproduction rates are fixed. Even slight hunting pressure is enough to set a population on a trajectory to zero. Those who remain in Borneo and Sumatra are the remnants of a march to extinction that started 20,000 years ago, and not — as is typically assumed — with the mid-20th century advent of modern logging and agriculture.

This may seem a grim assessment. After all, if orangutans couldn’t survive a few pre-industrial humans, how can they possibly survive now? Yet to Spehar’s team finds hope in this narrative. Just as orangutans once adapted to other habitats, so they might adapt to new ones. Research indeed suggests that orangutans can live in logged forests and even plantations, so long as there are natural forests nearby. The key to their survival is us not killing them.

“They are smart and ecological versatile and could survive in anthropogenic landscapes,” says study co-author Erik Meijaard, a conservation biologist with Borneo Futures, “if we manage to achieve near-zero killing rates.”

That won’t be easy. Laws against hunting orangutans exist but are rarely enforced. People who live near orangutans “often see them as just another animal that lives in the forest, like a pig or a deer, not as a creature that needs special treatment,” says Spehar, and when they eat crops they’re seen as big, scary pests. For orangutans to survive, conservationists need to help people care about them and to manage conflicts.

Habitat protection won’t stop being important, of course — but rather than focusing almost entirely on large tracts of forest from which human activity is absent, Spehar and colleagues want more attention paid to landscapes outside these areas. Conservationists will need to bring stakeholders together, promoting orangutan-friendly land management and planning while negotiating tensions between communities, companies, and governments.

In short, protecting orangutans won’t be achieved by setting aside forests. It will be a feat of social engineering. “When human-wildlife coexistence is successful,” says Spehar, it’s because “of the capacity for adaptation on the part of the animal, and a willingness to be adaptable and tolerant on the part of humans as well.” Just as orangutans can adapt, so must we.

Source: Spehar et al. “Orangutans venture out of the rainforest and into the Anthropocene.” Science Advances, June 2018.