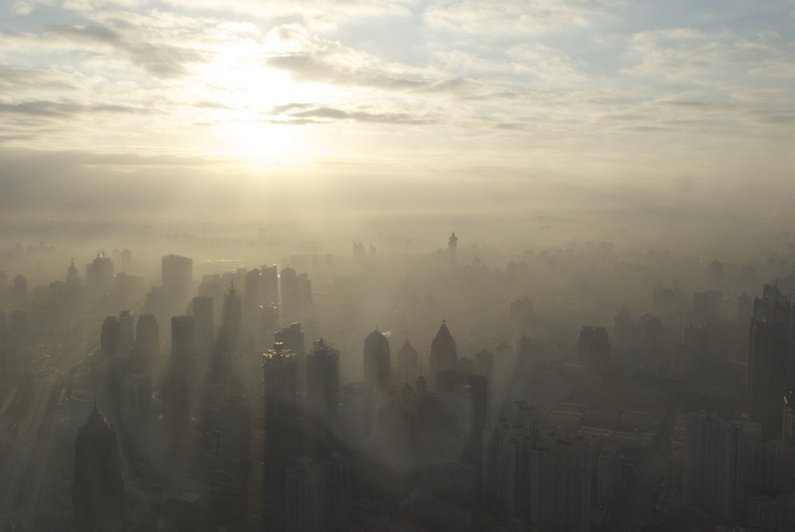 To Cut Emissions, Focus on Cities

China could cut its national emissions by 30 percent if its cities’ top polluters cleaned up their acts and slashed carbon emissions, researchers shows in a study published in Science Advances. Tackling city-level emissions would be an effective way for countries to meet their Paris agreement goals to curb global warming.
By Prachi Patel
July 5, 2018

The fight against climate change would be most effectively waged at city level, new research finds. China could cut its national emissions by 30 percent if its cities’ top polluters cleaned up their acts and slashed carbon emissions, an international team of researchers shows in a study published in Science Advances.

The research can be translated to other countries. Tackling city-level emissions would be an effective way for countries to meet their Paris agreement goals to curb global warming, the researchers say.

China is the biggest greenhouse gas emitter in the world today. The country is getting rapidly urbanized, and cities create around 85 percent of China’s carbon dioxide emissions.

The team, led by researchers at the University of East Anglia, looked at emissions data from 182 cities across China. They focused on the industrial makeup of each city, its socioeconomic profile, and the types of energy produced and consumed.

They split up the cities into five different groups: 8 service-based, 24 high-tech, 32 energy production, 51 heavy manufacturing and 67 light manufacturing cities. By investigating emissions by sectors and fuels, the researchers found that cities that produced energy or whose pillar industries are iron and steel production are the most intense emitters. Meanwhile, high-tech cities or those with large service sectors have low emissions intensities. These more affluent cities have lower emissions per gross domestic product, because they rely on imports from less affluent, industrial cities that are nearby.

Reducing emissions in these industrial cities is tricky. Policies that simply shut down energy-intensive would seriously affect the economies of energy-producing or manufacturing cities, as well as others that depend on them.

However, among the industrial sectors in each city, just a few factories or plants were responsible for a disproportionately large fraction of emissions. The top 2.5 percent of these so-called super-emitters produce 70 percent of total carbon dioxide emissions.

By improving these super-emitters with new technologies—say energy-efficient boilers or low-carbon energy sources—it should be possible to drastically cut emissions without affecting economic growth, they conclude. With aggressive technological changes, they calculate that China could reduce its overall emissions by 2.4 billion tons, or 31 percent of its 2010 emissions for the cities evaluated.

While the researchers focused on China, the model could also work successfully for other countries, and the team is already considering how to assemble data for developing countries in Southeast Asia such as Vietnam, Thailand and Lao