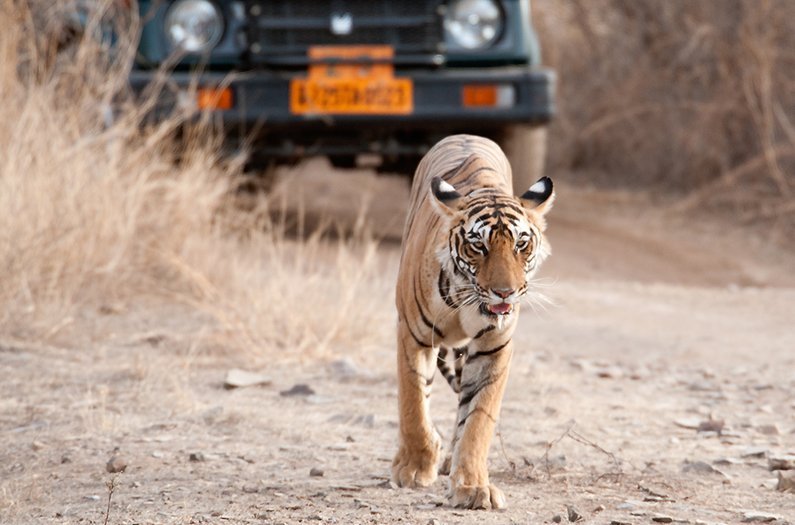 On its face, t“human-wildlife conflict” seems like a straightforward thing. Yet a moment of conflict is merely the visible outcome of deep—and easily overlooked—social, political, and economic currents.
By Brandon Keim
July 25, 2018

On its face, the term “human-wildlife conflict” seems like a straightforward thing. Yet the causes may be surprisingly complex, with a moment of conflict merely the visible outcome of deep — and easily overlooked — social, political, and economic currents.

Take, for example, India’s Bandipur National Park, one of the last great redoubts of tigers, leopards, and Asian elephants. People in the region have a long history of peaceful coexistence with animals. In recent years that’s changed. Conflict with wildlife has reached unprecedented levels, with predator attacks on livestock in nearby villages leading to retaliatory animal killings.

State officials and conservation officers “often attribute this to lifestyle and cultural transformations,” write Jared Margulies, an environmental geographer from the University of Sheffield, and Krithi Karanth, Asia Regional Director of the Wildlife Society, in the journal Geoforum. Values aren’t what they used to be: lured by modernity, watching screens rather than sitting outside, locals no longer feel much connection to nature.

Or so the usual narrative goes. But as Margulies interviewed officials and conservationists and villagers in six communities on Bandipur’s conflict-prone border, where he spent 10 months in 2015, a different narrative emerged.

The villagers had traditionally managed herds of hardy local cattle, foraging them inside Bandapur and gathering their dung to sell as fertilizer to regional coffee plantations. As the coffee industry boomed and herds swelled the grazing turned destructive, and in 2006 the practice was outlawed. A new, park-encircling fence prevented cattle from entering. Meanwhile a rural labor shortage led to dramatic wage rises for coffee plantation workers. To offset those costs, plantation owners switched to synthetic fertilizers, which are less nourishing than cow dung but also less expensive.

These changes made it much harder to earn a livelihood from dung. Many villagers purchased dairy cows instead. Hybridized from European and local breeds, they produce lots of milk but are difficult to tend and very expensive. Rather than a herd of animals, a villager might own one or two, and keep them beside his home rather than letting them roam the forest.

Between 2008 and 2013, estimate Margulies and Karanth, traditional cattle ownership in the villages they studied declined by 35 percent. Dairy cow ownership rose by nearly 60 percent. The dimensions of wildlife conflict changed: before, when tigers or leopards killed a cow, it was an unfortunate but acceptable loss. Herds were big and individual cows relatively inexpensive. When a dairy cow died, though, it was an economic catastrophe, representing the loss of considerable capital investment and future earnings — and such attacks happened inside villages, not out in the forest.

Read:  In a first, study explores how airborne microplastics affect the climate

Little wonder, then, that villagers became less tolerant. Tensions were further exacerbated by the fact that many former cattle owners couldn’t afford dairy cows, but work offered at ecotourism lodges and wildlife tours was low-paying. As for jobs inside Bandipur, they were dangerous and seasonal as well as low-paying, and tended to be taken by people whose livelihoods had relied on charging grazing fees.

In short, there was a lot more going on than changing modern values.

Explanations that focused on declining tolerance for wildlife as rooted in eroding cultural values “were misleading,” write Margulies and Karanth. That narrative “masks both ruptures in a regional agrarian economy and the production of new geographies of wildlife encounter.”

Margulies and Karanth don’t profess to know how to solve this complicated problem, but they do suggest an overhaul of livestock insurance programs that provide meager compensation for cows killed by predators. Margulies also wonders whether excluding people and their cattle from Bandipur is a viable long-term strategy; it might be better, he says, to allow indigenous communities to manage the park themselves.

Simply seeing the region’s human-wildlife conflicts in all their complexity is at least the beginning of a solution. It’s also a lesson that applies beyond India, write Margulies and Karanth, to a great many nature-rich places where rural and agrarian livehoods are changing. In those places, ecology can’t be separated from an unfolding human history. 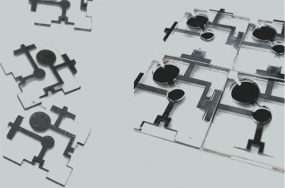 Researchers cleverly combined three different bacteria to make 3-cm-square biobatteries that can run for weeks instead of hours, and can click together for more or less power