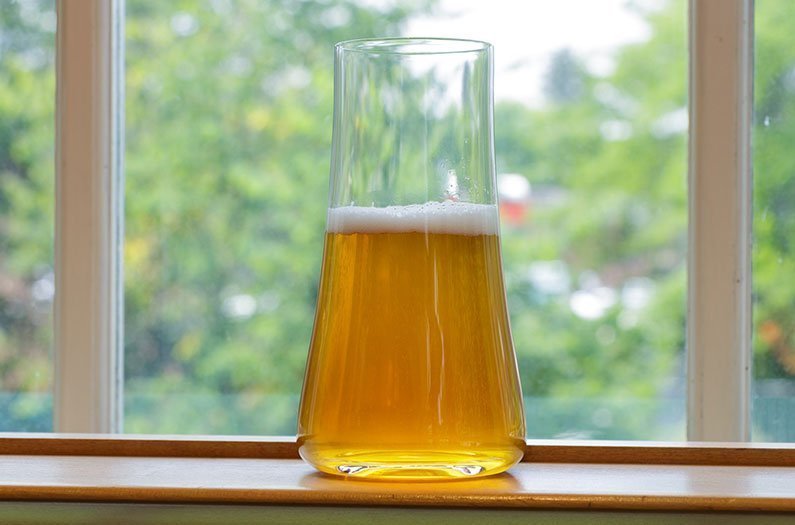 Researchers have put beer waste to good use, concocting a super-insulating, transparent gel from it that could be plastered on windows to make buildings more energy efficient.
By Prachi Patel
August 16, 2018

Researchers have put beer waste to good use, concocting a super-insulating, transparent gel from it that could be plastered on windows to make buildings more energy efficient.

Windows are a big part of a building’s energy waste. According to the Department of Energy, roughly one-quarter of the energy that is expended to heat and cool buildings in the United States goes toward offsetting the loss of heat through windows. The new film, reported in the journal Nano Energy, could cut energy used to regulate building temperatures, and save millions of dollars.

“Windows are incredibly expensive to replace,” Andrew Hess, a graduate student in physics at the University of Colorado, Boulder who was involved in the work, said in a press release. “We’re envisioning a retrofitting product that would basically be a peel-and-stick film that a consumer would buy at Home Depot.”

The new film is a type of aerogel. Aerogels are spongy, porous materials that are more than 90 percent air by weight. They are typically made of silica and carbon, and are excellent at letting heat from passing through. They are already used to make insulating sheets that are stuffed inside walls.

However, making a thin, flexible, and completely see-through aerogel that could serve as a high-efficiency widow coating has been a longstanding challenge. Aerogels typically have a crisscrossing structure with millions of pores that trap air. This structure makes them cloudy in appearance.

So the team of physics and engineers at the University of Colorado Boulder turned to cellulose, the sugar molecule found in plants, to make their transparent aerogel film. To produce the cellulose, they used the liquid waste created during the beer-brewing process.

The team collected the liquid waste from local breweries and added special bacteria that uses the waste to produce cellulose. Then, they use carefully controlled chemical reactions to trigger the cellulose molecules to link together into a lattice pattern. This results in a thin, flexible film that lets light through but not heat.

Right now, it takes about two weeks to produce the cellulose from beer waste. The researchers are now working on ways to produce larger quantities of aerogel at a faster rate.