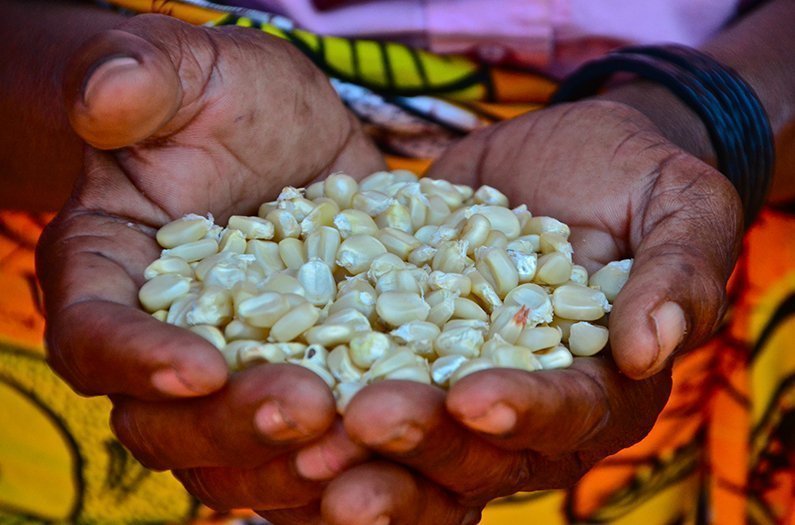 Putting a tax on carbon could make millions more people food insecure. But that's not an argument against climate mitigation: we just need a smarter solution, a new study finds.
By Emma Bryce
August 3, 2018

Climate change is predicted to have an enormous impact on crop production and global food security in decades to come. Now a new Nature Climate Change study shows that some mitigation measures that are designed to reduce the emissions impact of climate change will actually have an even larger impact on food security, putting 45 million more people at risk of hunger.

We’ll need to embrace many bold climate mitigation measures if we’re going to keep the global temperature increase to below 2 °C, as detailed in the Paris Climate Agreement. One of the most effective methods is to use a global carbon tax to reduce the amount of greenhouse gases that get into the atmosphere. But that creates a challenge for agriculture, which is one of the planet’s biggest emitters of greenhouse gas.

The new study, led by researchers from the International Institute for Applied Systems Analysis in Austria, showed that a tax on agricultural emissions would increase the price of food and would also make farming more expensive by increasing the cost of land. Similarly, a global emissions tax would prompt a shift towards more biofuels production–which would put fuel crops in competition with food crops, ultimately increasing land rents and food prices as well.

All this could make certain food products unaffordable to populations already struggling with poverty–with dire consequences for their nutrition and hunger.

By examining eight hypothetical economic trajectories that the world could follow up to 2050, the scientists showed that carbon taxing would increase the cost of farming and food prices under every one. Even when compared to a situation where climate change was more severe, and dramatically disrupted food yields, food insecurity was still higher under the scenario where mitigation measures were applied. While climate change is expected to put 24 million more people at risk of hunger by 2050, an agricultural emissions tax would elevate that number to 78 million.

Countries will need to develop tailored mitigation measures that take the importance of food security into account as well as reducing agriculture’s impact.

The researchers explain that a rising global food price under this scenario “decreases food consumption or shifts demand to less expensive food products, with implications for the prevalence of hunger,”

A closer analysis showed that mitigation measures would also account for more than half the price increase of livestock and crops by 2050. Livestock prices in particular would surge because of the higher emissions associated with farmed animals–especially cows. And the researchers identified that undernourishment resulting from these stringent policies would be concentrated in sub-Saharan Africa and South Asia, putting 16 million more people at risk of hunger in parts of the world already greatly affected by this threat.

The results reveal that climate mitigation isn’t as straightforward as it might appear, and that it doesn’t result in indisputable benefits, either. But very crucially, ditching climate mitigation is not a solution, the researchers say: That would be fateful for the planet as a whole.

Instead, they argue that we need to treat agriculture as a special case where mitigation is concerned. Farming is a cause and a victim of climate change–but obviously, it’s also a necessity because it provides us with food. That means countries will need to develop tailored mitigation measures that take the importance of food security into account as well as reducing agriculture’s impact–rather than just slamming farmers with the same blanket taxes we apply elsewhere. The researchers also suggest a shift towards more productive and climate-smart types of agriculture, which would reduce land use and improve food security, while also limiting emissions.

“Our findings should not be interpreted to downplay the importance  of future [greenhouse gas] emissions mitigation efforts, or to  suggest that climate policy will cause more harm than good in general,” the researchers emphasise. “Agriculture should receive a very specific treatment when it comes to climate change policies.”