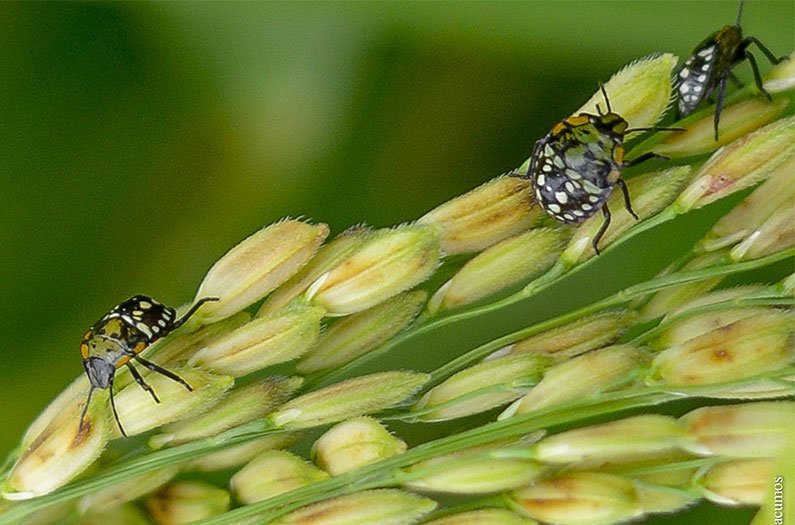 As it gets hotter and hotter, insects are coming for our crops

Warming boosts insect populations and speed up their metabolisms—a double whammy that could endanger local crops.
By Emma Bryce
August 31, 2018

Climate change will favour the fortunes of insects–and that could be bad news for our crops, a recent Science paper finds. As the first study to examine how insects will impact agriculture on a global scale under a warming climate, it shows that the planet’s three main staple crops–wheat, maize, and rice–would come under threat, with implications for the future nutrition of billions.

Rising temperatures are expected to affect insects in two main ways: by boosting their metabolic rate, which makes them hungrier for plants; and by aiding their population growth. Using a model to evaluate the impact of these twin factors on wheat, rice, and maize under a projected temperature increase of 2°C by 2050, the researchers found that crop losses would be profound in many parts of the globe.

The effects would be felt especially in more temperate growing regions such as the United States, China, and many European countries. For instance, wheat, which grows mainly in cooler temperate zones, would experience a 46% increase in insect-induced yield loss, overall. That’s because climbing temperatures in these zones would bring things closer to the optimal conditions that insects need to thrive. As winters warm, it would also increase insects’ ability to survive across seasons. The effect is that warming would both boost insect populations, and speed up their metabolisms–a double whammy that would endanger local crops. In fact, in several wheat-producing European countries including the United Kingdom, Sweden, and France, wheat would experience an up to 75% increase in insect-induced yield loss.

Comparably, in tropical regions the temperatures are already close to optimum for insects, which insulates crops to some degree. That’s because increasing warmth would boost insect metabolism, but would also reduce population growth, which limits the crop damage that they can do. However, the researchers found that tropical crops like rice would still experience a 19% surge in yield losses as insects take hold. Maize–produced widely in regions where insect populations are expected to both rise and decline–would experience a 31% increase in insect-induced loss.

The researchers made these findings by gathering laboratory data about the physiological responses of insects to heat. They combined that information with data on the global occurrence of those insects, and then factored in projected climate data under a business-as-usual scenario, where global temperatures rise by 2°C.

They note that to fully map out crop-insect-climate interactions at local scales, much more detailed future studies will be required. But the overwhelming message of their study is that the temperature-driven global insect explosion will substantially reduce global grain supplies. Since temperate zones are some of the world’s most productive for grain crops, it’s particularly worrying that these regions would feel the worst effects, the researchers note. Grains make up an astounding 42% of the calories that humans consume, so if their yields are undermined, it would have a huge impact on global nutrition–unless we start preparing now for this future threat.

Farmers might adapt by developing new crop rotations to dodge swarms of devouring insects. Facing up to this threat will also require agricultural innovation–like breeding crops that are resistant to pests, as well as to climate change. Just as insects adapt to rising temperatures, we’ll be challenged to do so, too.