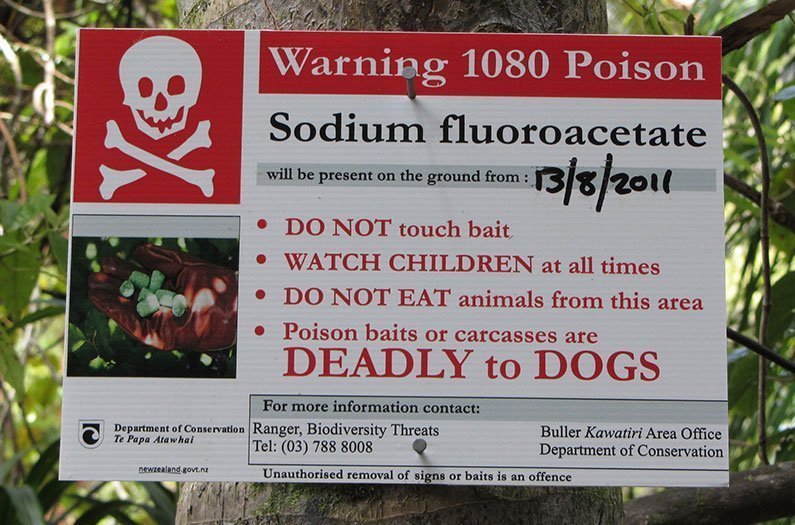 Is New Zealand’s war on invasive predators an expensive distraction?

New Zealand’s plan to completely exterminate five non-native predators by 2050 is a pull-out-all-the-stops attempt to save the islands' biodiversity. But what if it’s a bad idea?
By Brandon Keim
August 22, 2018

New Zealand’s plan to completely exterminate five non-native mammal predators by the year 2050 is widely considered an audaciously ambitious, pull-out-all-the-stops attempt to save the islands’ biodiversity from voracious newcomers. But what if it’s a bad idea?

What criticism there is of Predator Free 2050, which was officially announced in 2016, has come mostly from animal advocates dismayed at the large-scale suffering involved. Among conservation scientists, Predator Free 2050 has been uncontroversial — though that could change.

“Critique, especially of its scientific support, has been limited,” write Wayne Linklater, an ecologist at New Zealand’s Victoria University of Wellington, and Jamie Steer, a biodiversity advisor to the Greater Wellington Regional Council, in the journal Conservation Letters. “This is surprising because the policy appears to be flawed on multiple levels: technical, financial, social, ecological, and ethical.”

Linklater and Steer are not opposed to killing some non-native predators, who since their introduction by humans to New Zealand’s historically mammal-less islands have caused many native species to decline, especially birds. The targets of Predator Free 2050 — brushtail possums, stoats, and three rat species — are considered the most detrimental. But the idea of killing all of them, say the researchers, is simply unrealistic.

While rodents have been exterminated on smaller islands, even the largest is less than one-hundredth the size of New Zealand’s main islands. Size brings complications: miss a few animals and they quickly repopulate. Success is “reliant on yet to be invented and tested ‘silver bullet’ technologies,” write Linklater and Steer.

Among these are so-called gene drives that could rapidly spread sterility through populations — which, feasibility aside, might have irreversibly catastrophic consequences should engineered animals escape to other lands. Lacking a silver bullet, landscape-scale poison baiting — a controversial tactic that kills many non-target creatures — will remain Predator Free 2050’s stock tool, at an estimated cost of $1 billion per year. That’s close to 1 percent of the country’s GDP, and vastly more than the $97 million allotted so far.

“Nonetheless, if scale, unproven technologies, and uncertain finance were the only challenges, eradicating the five mammals might, eventually, be possible,” write Linklater and Steer. Yet there are more challenges: Predator Free 2050 doesn’t account for six other non-native predators and 20 species of introduced herbivores, all of which “interact in complex ways with each other and indigenous species.” Eradicating some will likely have unintended, unexpected consequences, such as the irruption of non-native prey.

All that doesn’t even include social tensions: some 40 percent of New Zealanders already oppose the use of poison to control non-native predators, a sentiment shared by many indigenous residents. To be successful, says Linklater, “Predator Free 2050 is going to require convincing everyone who owns land that there will be killing in their backyard, and they’ll have to do some of it. That’s ridiculously impossible.”

Finally, Linklater and Steer argue that focusing on non-native predators distracts from the most important issue of all: habitat loss and degradation. New Zealand has lost two-thirds of its pre-colonial forests, almost all its grasslands and lowland forests, and 90 percent of its wetlands. “Predator eradication does not address these other more fundamental causes of biodiversity decline or opportunities to recover it,” they write.

Rather than trying to kill every predator, Linklater and Steer recommend concentrating control efforts on a few high-biodiversity spots. Conservationists could create a nationwide network of sanctuaries, sufficient to sustain threatened species but leaving large parts of the landscape with low levels of predator control — or, in some places, none at all, because even non-native species might be a source of ecological adaptation in a fast-changing world.

It doesn’t make for such a simple message as total extermination. But Linklater and Steer say it’s more realistic and likely far more effective. And while killing non-native animals is especially common in New Zealand, it’s a part of conservation strategies worldwide. Their critique may have implications elsewhere. “If biodiversity recovery is our ultimate goal,” write Linklater and Steer, then eradicating invasive predators “is secondary to the need for somewhere for biodiversity to live.”