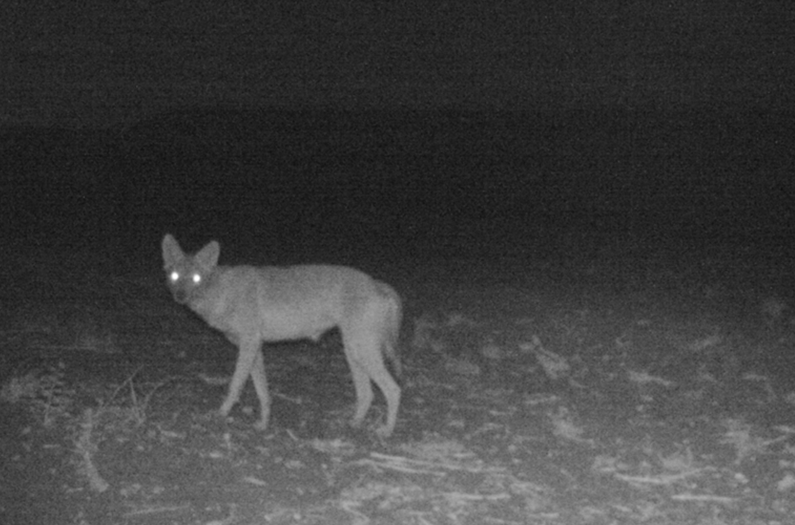 As people drive mammals into night, new problems appear
There’s a certain poetry to the idea of night as a refuge in a human-dominated world—but a new study describes some unfortunate implications of mammals becoming more nocturnal.
By Brandon Keim
August 8, 2018

Among the more fascinating scientific insights in recent memory is the observation that many mammals are becoming more nocturnal in response to human activity.

There’s a certain poetry to the idea of night as a refuge in a human-dominated world — but in a study published in the journal Biological Conservation, researchers describe some of the practical and potentially unfortunate implications of this shift, which may render seemingly verdant habitats inhospitable to certain species.

Led by ecologist Hila Shamoon of Tel Aviv University, the researchers installed motion-activated cameras at 100 sites throughout vineyards and protected natural areas on the Mediterranean coast of northern Israel. The vineyeards are a federally-designated ecological corridor, bracketed by expressways and providing animals passage through an otherwise developed landscape.

Shamoon’s team monitored the movements of five species: mountain gazelles and their primary predators, golden jackals, as well as Indian crested porcupines, red foxes, and wild boar. In the protected areas and little-used vineyards, these animals were quite active. As human presence increased, however, the animals’ daytime movements diminished. They’re “concentrated into an increasingly shorter time window along the gradient of increasing human activity,” write the researchers.

Foxes and particularly jackals thrived in this shorter, nocturnal window. Their numbers and presence increased dramatically in vineyards closest to human settlements. This squeezed out the gazelles, who in daytime hide from people and at night must hide from jackals. For them, write Hamoon’s team, “no low-fear temporal window is left.” Rather than having nowhere to go, they have nowhen to go.

“Our findings suggest that behavioral changes in one species due to human activity limit other species’ ability to utilize seemingly-functional ecological corridors,” write the researchers. Instead of a physical barrier for gazelles and other prey between nature-rich habitats, there’s a behavioral barrier that “may accelerate fragmentation in seemingly open landscapes.”

While this study focused on one small part of Israel, the basic dynamics may well be found elsewhere. It’s something to consider when planning wildlife corridors and making human-impacted areas permeable to animals as they migrate or adapt to changing climates. Given the importance of agricultural regions to these tasks, it’s vital to understand more. The findings are an useful cautionary, too: human presence is pervasive, and what seem like useful adaptations may sometimes become problems.